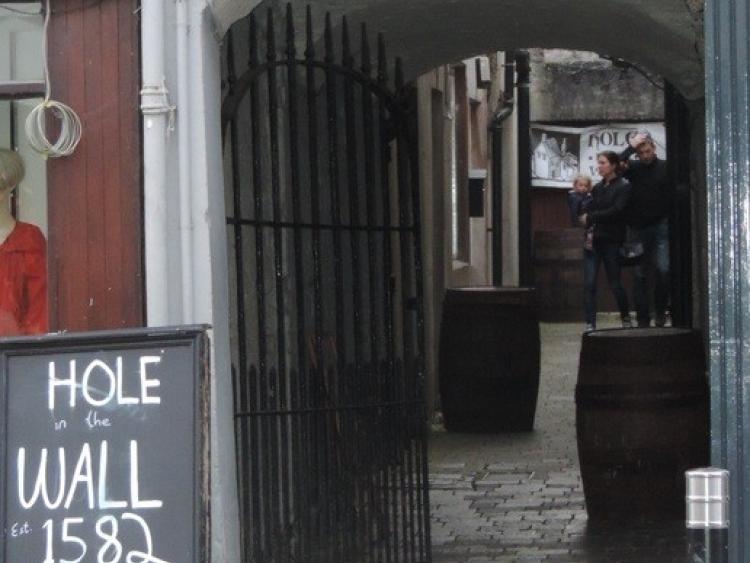 The Hole In The Wall, High Street, Kilkenny

Annually, during October at The Hole in the Wall  on High Street, Kilkenny focus turns to classical music and in particular to that of Franz Liszt. You might wonder why?

Well there’s few places that can boast of having comfortably put up the great Hungarian composer in the 1840s. It might now be a High Street bank, but the current AIB once housed the Royal Victoria Commercial Hotel. The said hotel that features in bunting clad images of Kilkenny when the king paid a visit to the city and castle in the early 1900s.

Franz Liszt was on a tour of the British Isles at the time in the company of a number of singers and performers. Dublin, Belfast, Limerick and Cork were the main venues for the concerts. However, Clonmel was also on the tour schedule - hinting that Clonmel’s Bianconi provided the horse drawn carriage in which they traveled?

While the crowds and in particular the females of the time were rapturous in the main cities (it was the equivalent of Mick Jagger doing a tour nowadays) the turnout in Clonmel was disappointing. The piano didn’t impress either and so Liszt and friends retired back to their hotel where guests were entertained with the great pianist playing an upright piano on a corridor!

So disappointed was Liszt with Clonmel that the company opted to decamp to Kilkenny as soon as the horses were ready and they duly arrived at the Royal Victoria.

While little record exists concerning the duration of his stay in Kilkenny, it seems likely that he was here for several days? There were long gaps between the shows. The Hole in the Wall was still a place of music and conviviality at the time and so it seems highly likely that the great star frequented the tavern?

The diaries of a Welsh tenor who accompanied the group are on file in a university in Wales. These provide great insight into the trip. Kilkenny was the city of Tudor and other mansions at the time and the visit could make a very interesting documentary yet?

Hole in the Wall welcomes classical musicians to open mic this month. Brian Moloney, whilst a cousin of country and western stars Loretta Lynn and Crystal Gayle is not quite classical, he is the current musician in residence and has been exploring the musical sounds of ancient Ireland via the stones, wind and percussion instruments. Such sounds are a bedrock of many classical pieces. And with a ‘Stone Symphony’ having been created by former percussionist Gabby Doran, Liszt’s ‘Liebestraum’ is gettin explored using the instruments of old.