If Kilkenny pubs can meet guidelines, why shouldn't they reopen when restaurants do?

Restaurants and cafés currently set to reopen in June, but pubs left until August 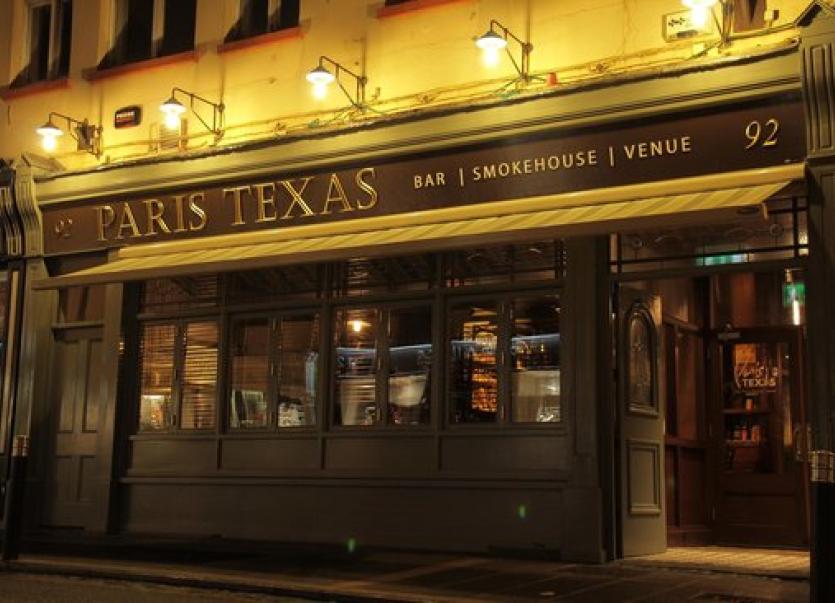 A local business owner says there is a 'very obvious argument' as to why a lot of pubs in Kilkenny should be allowed to re-open from June 29 along with restaurants and cafés - and not as late as August 10 as currently proposed.

Pat Crotty, who runs the famous Paris Texas bar and restaurant on High Street, says if pubs can meet the same restrictions and guidelines, they should be considered.

"If the health gurus with the agreement of government say that a restaurant or café can reopen safe beyond June 29 - they are involved in the service of food and drink," said Mr Crotty.

"So there is a very obvious argument there that, well - certainly for pubs that sell food - they are exactly the same. It isn't the product they are selling that is the issue, it is the capacity to meet the conditions in a food and drink scenario.

"If a pub can meet the same conditions, can address them and work within the parameters, why shouldn't they be considered? And that's where we're at - is how have they decided."

Groups representing the pub industry are due to meet government represenatives this week to outline their own plan for an earlier phased re-opening. Ministers have agreed to meet the Licensed Vintners’ Association (LVA) and the Vintners’ Federation of Ireland (VFI).

"I would hope the likes of Paris Texas, and there would be a reasonable few other pubs in Kilkenny that sell a lot of food, would be considered as food premises," says Mr Crotty.

"There are quite a few restaurants that have licences. In fact, they virtually all have some kind of licence. But that doesn't mean they can open on June 29, it's can you meet the conditions laid down will be the main issue."

Measures under the Vintners proposal are understood to include:

• Bars will become dispense bars only with no sitting, standing, ordering, payment or drinking at the bar allowed.
• Table service will be a requirement with pubs only serving customers seated at tables.
• The numbers on the premises would be confined to no more than 4 per every 10 square metres.
• A maximum of 6 people would be permitted at any one table.
• Customers will be required to use hand sanitiser upon entry.
• All customers must remain seated.
• Staff will be fully trained in the new procedures. They will also be asked to maintain a safe distance from customers when taking orders and to wash their hands thoroughly every 30 minutes.
• The utilisation of outdoor spaces to enhance social distancing.
• Procedures implemented to ensure safe use of toilet facilities, which may include limits on the numbers using toilets at any one time.
• No live music or DJs.
• Gardaí / HSE will have the power to close any business who is flouting the public health guidelines.