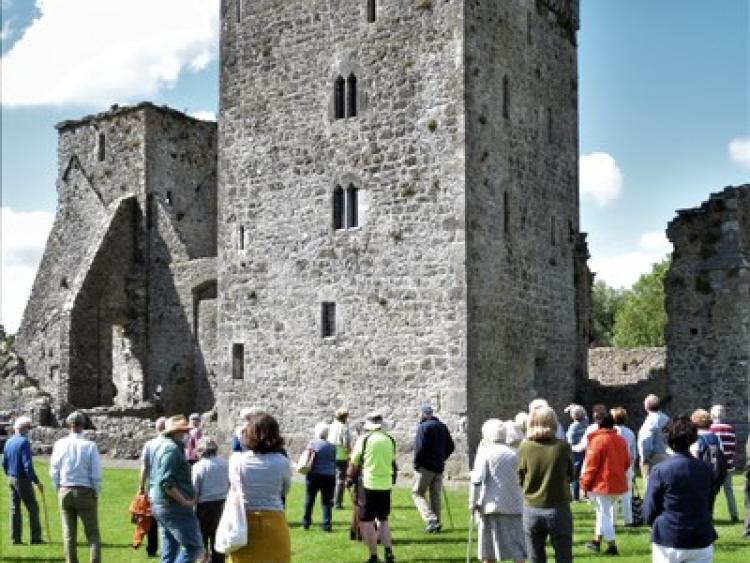 The much-anticipated picnic outing by the Kilkenny Archaeological Society to Kells Priory proved a great success, with the group basking in splendid sunshine on Saturday.
Archaeologist, Mr Ben Murtagh delighted his audience with the manner in which he was able to identify each of the several buildings which form the complex their purpose and the sequence in which they were build.
He discussed how they revealed the story of how the complex, once the largest in area of any monastery in the Ireland of its day, began and grew, how it prospered and ultimately was suppressed in the reign of Henry VIII.