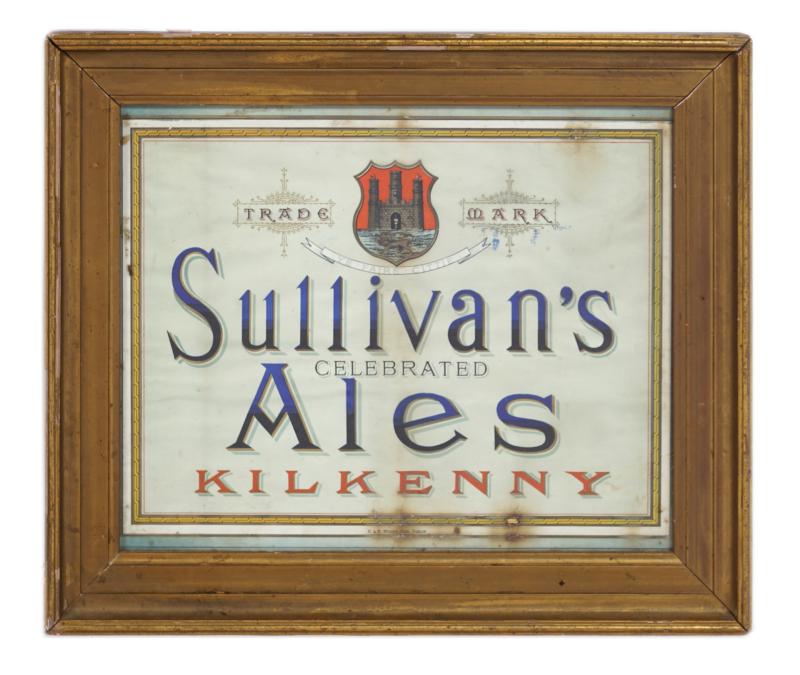 A poster for iconic Kilkenny brand, Sullivan's Ales will go under the hammer tomorrow (Thursday).

Dating from 1910 the vintage piece measuring  39 x 49cm, includes the city's coat of arms and is expected to realise around €600 tomorrow at the auction to be held in Sheppard's of Durrow.

Sullivan’s Brewery was established in 1702, eight years before Smithwick’s was founded in Kilkenny City. In 1832, Richard Sullivan, standing as a Repeal Association candidate, was elected as MP for Kilkenny and held the seat until 1836 when he was succeeded by Daniel O’Connell.

Posters for timeless Irish brands like Pierces of Wexford, Gouldings, Guinness and Aer Lingus will form the centre piece of the Vintage Advertising & Printed Ephemera auction which finishes on Friday evening.

Important pieces dating from 1880 onwards which capture the spirit of the age and are a rich repository of information about our past will be auctioned.

As might be expected alcohol and tobacco have a strong presence including: Players (58), Wills (43), Guinness (30), Jameson (25). Many other Irish household names like Jacobs (17) have a notable presence.