The Board of Trustees of An Taisce has unanimously agreed to seek leave to appeal to the Supreme Court in respect of the recent decision by Mr. Justice Humphreys dismissing its challenge to An Bord Pleanála’s decision to grant planning permission for the Belview cheese plant.

A spokesperson for the charity said that An Taisce’s decision 'is based on a considered analysis of the legal aspects of the case and is rooted in the principles and values central to the mission and role of An Taisce - to protect and advocate for ecological resilience and the future viability of the natural environment'.

In a statement issued by An Taisce today they stated that: "our concerns are increasingly underpinned by a series of reports from the Environmental Protection Agency and other authorities indicating the impacts of intensive agriculture on water and air quality and the increasing greenhouse gas emissions from that sector."

"It is our conviction that the original judgment raised points of law that are of exceptional public importance and which require to be appealed in the public interest.

"The judgment also creates a precedent in law that dilutes a number of important prior decisions that served to ensure rigorous assessment of the environmental impacts of proposed developments at the planning stage.

"An Taisce has considered this step carefully and reiterates that it is keenly aware of the widespread concerns within the farming community and elsewhere about the wellbeing of farmers who have invested heavily in this sector and the consequences for them if it does not continue to expand as proposed in various Government and industry plans.

"However, the implications of such expansion for the health of our essential ecosystems and the consequences for Irish rural communities are enormous and irreversible. It would thus be irresponsible of us not to seek the support of the highest court in the land to advocate for the interests of a sustainable future for nature.

"In doing so, we are availing of the entitlement of all citizens and entities in the State to the full capacity of the judicial system, an entitlement that should never be set aside for the convenience of commerce or politics or to appease sectoral interests."

An Taisce - The National Trust for Ireland is a charity that works to promote environmental awareness and action in the context of the climate and biodiversity emergencies. Founded in 1948, we are one of Ireland’s oldest and largest environmental organisations. We are an independent charitable voice for the environment and for heritage issues. 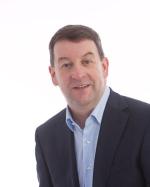