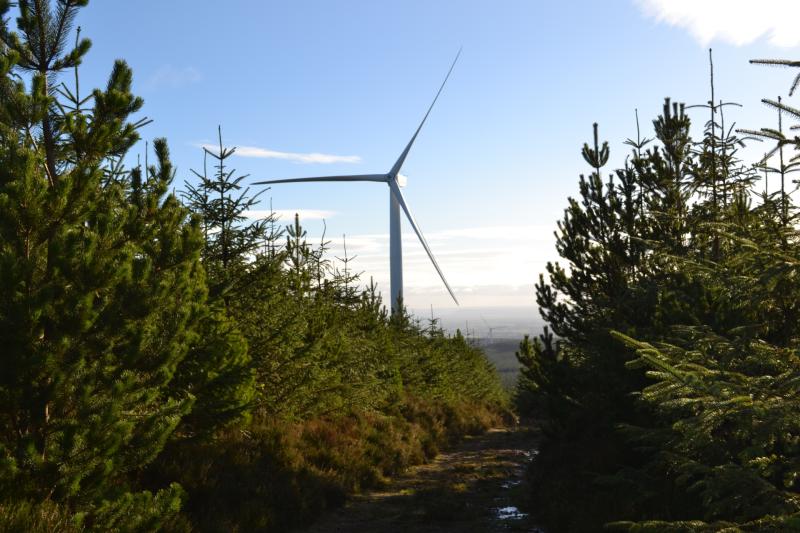 A new county development plan has been adopted by Kilkenny County Council following a vote today by elected members, despite widespread opposition to certain elements.

The plan will govern development decisions across the county for the next six years and the major issue of contention was the proposed expansion of areas in the county deemed suitable for wind turbines.

Areas of Castlewarren and Johnswell in particular, from as few as five kilometres east of the city, had previously been designated as 'open for consideration' to wind turbines.

Under the new plan, applications from developers in the area will be deemed 'acceptable in principle'.

This has been a major concern for residents in the local area in recent months who have cited being unaware of the plan at the time it went to public consultation.

As a result, they were too late to make formal submissions.

Councillors at today's meeting asked officials if alterations to the proposed county development plan could be made to relay the concerns of the Castlewarren and Johnswell community.

They were informed that the process had advanced beyond the point where alterations could be considered.

Number of people on PUP in Kilkenny drops further this week

Councillors were also told that if they voted to reject the county development plan today, then due to a time submission deadline, the original draft plan plus previously approved amendments would end up being submitted by default.

This meant that rejecting the plan would also have invalidated today's voting on the finer aspects of the Chief Executive's recommendations, prior to the main vote.

Councillor Denis Hynes asked an open question to council officials with all this in mind: "So despite all the opposition here to the idea of wind turbines going up in Castlewarren and Johnswell, we have no means to prevent it?"

Senior planner Denis Malone responded to Hynes, stating that "there's no silver bullet that we can put into the plan to ensure this doesn't happen."

For councillor Pat Fitzpatrick, who seconded councillor Hynes' rejection of the plan, this is a worrying development.

"My worry is that with this plan passed large wind turbine development plans will now bypass the local authority and go straight to An Bord Pleanála for approval," he told Kilkenny People.

"The decision from An Bord Pleanála on whether or not to grant planning permission will, as a result, be informed by national policy and national policy is currently in favour of these developments."

Kilkenny County Council planners assured elected members prior to the vote that they will be able to review certain aspects of the county development plan if adopted, including the wind energy strategy.

The prospect of having a significant impact on the wind energy strategy is unlikely however due to obligations to meet national energy targets.