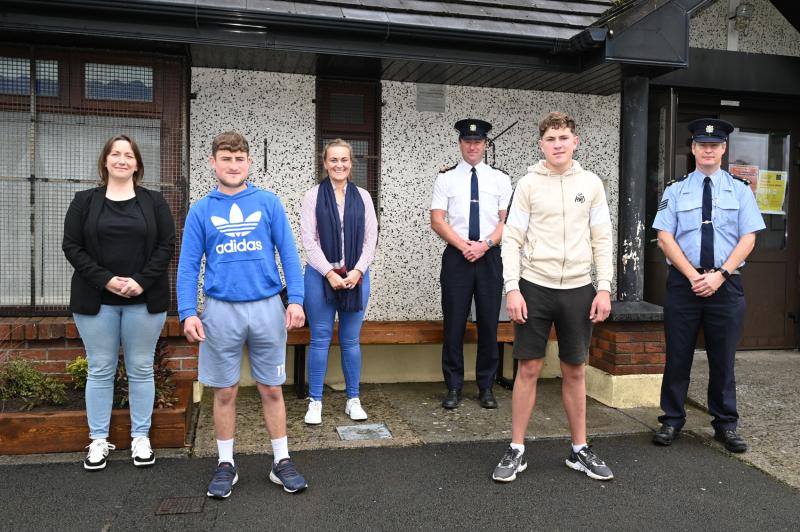 A new initiative led by local gardaí and supported by a number of agencies is seeking to mentor and support leaders in communities in the city as part of Traveller Pride Week.

"This is a garda-led initiative which is about leadership and development. The name Ains Nyk comes from the cant word for leader. We are hopeful that the project will help develop leadership within two communities in the city and that the the two young men, Michael Carthy and James O'Reilly will be role models and that we will be able to afford them opportunities for leadership, training, education  and development. It is great to be launching this project as part of Traveller Pride Week.

"This project is about mentoring these young people and promoting access to education and job opportunities. It will involve sports, education, employment, training and development and that these two young men will will role models for the younger members of their community and show leadership in their communities."

Michael Carthy (19) of St Catherine's said that the project is 'a good idea' and added that he was looking forward to being involved in the venture.

Representatives from Cartoon Saloon and Lighthouse Studios were also present at the launch and brainstormed with both partipants to come up with ideas for an individual crest for their community.  A five-a-side soccer tournament is planned for over the coming weeks between teams from both communities and other city clubs and the crest will be used on their kits.

Digital Marketing Manager at Cartoon Saloon, Aoife O'Brien said that the two studios were delighted to come onboard and design the crests.

"We were asked to come onboard and use some of our creative skills to come up with a crest so we are very much looking forward to listening to the ideas of people from the two communities and coming up with colours and icons that might work and exploring identity and values," she said.

Helena Power, Wellbeing and Awareness worker with Kilkenny Traveller Community Movement said that it was hoped that this new initiative would help showcase young travellers in a positive light.

"Hopefully it will help break down barriers as there can be a negative perception sometimes. Sport doesn't discriminate. We are very excited about working on this project."

Catherine Lennon, Traveller Health Project co-ordinator said that it was 'a fantastic idea'.

"It is about the positives of their culture and it is huge from a mental health perspective. It is an opportunity for young people to engage with clubs as there can be barriers there. It is great to have the gardaí involved in something so positive for the two young lads involved," she added.

James O'Reilly (17) of St Mary's Park said that he is happy to get involved in the initiative.

"It is about showcasing the positive side of Traveller culture. I am looking forward to being involved," he added.