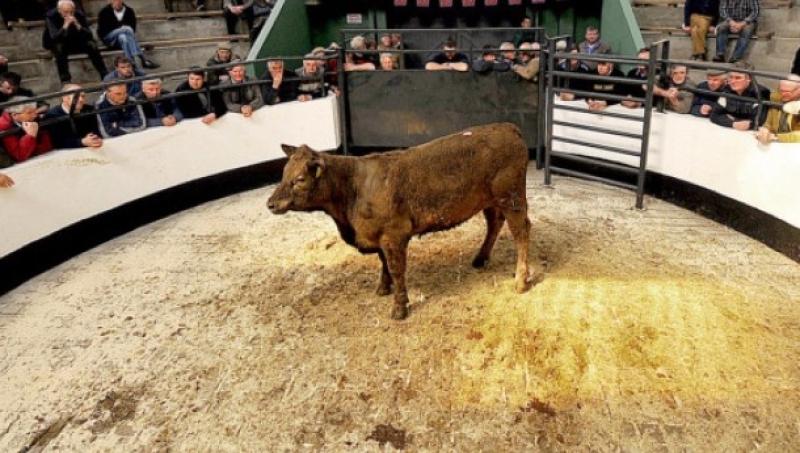 It’s been a strange week on the agri front with some disruptions due to the weather conditions.
Last Thursday attracted a large number of cattle with a slight weakening in price for the first time in many months.

Factories have been trying to reduce quotes recently and, due to an increase in supplies, this has worked in their favour.
I do not think that there will be a big slip in prices and as the year progresses numbers being offered for sale may well see a reduction.

The fact that energy costs have risen so sharply has been a big negative for both the producer and factory owners themselves.
Consumers have also become more selective in their purchasing habits and are either cutting back spending or looking for that cheaper cut.

The feel good factor of a few weeks ago has subsided somewhat and going forward markets will be dictated by supply and demand.
The war in Ukraine has had a major impact world wide but especially in Europe and the fact that supplies of oil being delivered by Russia to Germany has been suspended is putting big pressure on industry in that country.

Confidence has also been shaken with very few people thinking of expansion while the present situation lasts.
We can only hope that a resolution to these problems can be reached in the not too distant future but with a person like Mr Vladimir Putin calling the shots that could be a long way off.

Cattle Sale
As I mentioned previously in this article, Thursday was a busy day in Kilkenny with an entry of 1300 cattle.
The customers could afford to be selective and there was a weakening in the price of plainer animals. Heifers seemed to be more badly effected price wise but on reflection quality lots in both rings is selling well.
Quality beef and forward store bullocks ranged from €2.55 to €3.20 per kilo with heifers peaking at €2.70 per kilo.
On the positive side, quality Friesian bullocks still ranged from €2.10 to €2.30 per kilo.
Turnover peaked at €1.3 million.
There was an excellent trade for cows especially considering the questionable quality of some of the friesians on offer.
Remember, if you have cattle to sell they should be entered before 3pm on the previous Wednesday by contacting the office on 056 7721407.

Deputy John McGuinness calls for action in advance of Budget 2023

Sheep Sale
Monday’s sheep sale attracted bigger numbers with trade best described as steady.
Butcher types ranged from €130 to €146 per head, factory types €112 to €135 per head and store lambs €80 to €105 per head.
Cull ewes are still selling well with prices of €70 to €206 per head.
When looking at these prices breeding hoggets ranging from €180 to €220 per head would appear to be excellent value.

Liam Blackmore RIP
As the years go by we appear to be losing some great stalwarts who have been associated with agriculture in Kilkenny with their influence extending countrywide.
This surely was the case of Liam Blackmore who died late last week.
He was a man who was for years involved with Kilkenny Mart, Kilkenny Agricultural Society and was a respected judge and breeder of both Texal and Suffolk sheep.
His expertise in judging brought him to all corners of Ireland and his kind ways and judgements were always respected.
To his wife Flora and the extended Blackmore family we in Kilkenny Mart would like to extend our heartfelt sympathy on the death of Liam.
May his gentle soul Rest in Peace.