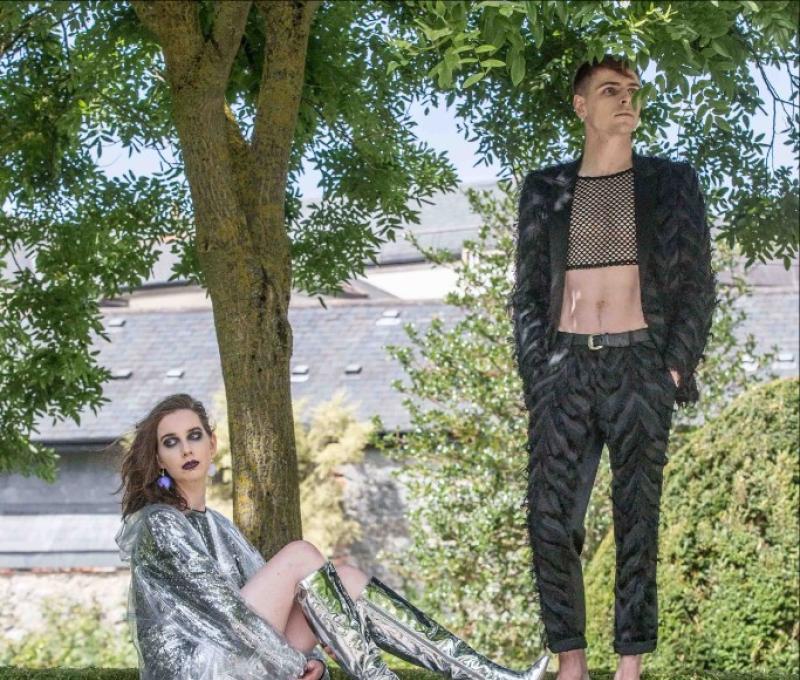 Actors from Rough Magic's production of A Midsummer's Night Dream

Magical performances by hugely talented artists in magnificient venues have ensured a fantastic start to the 45th Kilkenny Arts Festival.

The actors from Rough Magic Theatre Company have received standing ovations following their nightly performances in the Castle Yard in what is a wonderful spectacle of pure theatre and comedy.
It is easy to see why - they weave magic and mischief and create something unique and beautiful in their production of Shakespeare’s A Midsummer Night’s Dream which was commissioned especially for Kilkenny Arts Festival. The future of Irish theatre is in safe hands when you witness the pure talent of this cast, who are directed by the very brilliant Lynne Parker. Performances continue nightly at the Castle Yard until August 19.
On Sunday evening there was a sold out St Canice's Cathedral once again for the Hubert Butler lecture, as broadcasting legend Olivia O'Leary introduced speaker Evan Davis - well known journalist with the BBC and presenter of Dragon's Den.
Davis followed up his thought provoking book published last year, 'Post Truth' with further insight in to human behaviour, Trump, Brexit and why we are, well where we are.
His talk, which he felt would meet to Hubert Butler's approval, prompted thoughtful questions and observations from the audience.
The 'Davis manifesto' as it was labelled, suggested a more caring, listening, empathy fueled response to the harshness of we face today.

Meanwhile a festival commission and world premiere of Loosysmokes, The Lightkeepers' Last Stand has received a great reaction from the public. The 40-minute show runs daily until Saturday at 2pm and 4.30pm daily and there is a final show on Sunday at 12pm.

Another highlight in the festival so far is the Brahms in the Afternoon series. There was a full house in St John’s Priory on Friday in the first of four concerts at this year’s festival featuring acclaimed pianist Finghin Collins.
An opportunity to hear some of Brahms’ finest piano works from his later years, including Rhapsodies and compositions from Op 118 and Op 119, it was the perfect way to wind down and relax in the magnificient surrounds of this historic church.
‘The Brahms in the Afternoon’ series of events continues this week with a glorious daytime concerts.