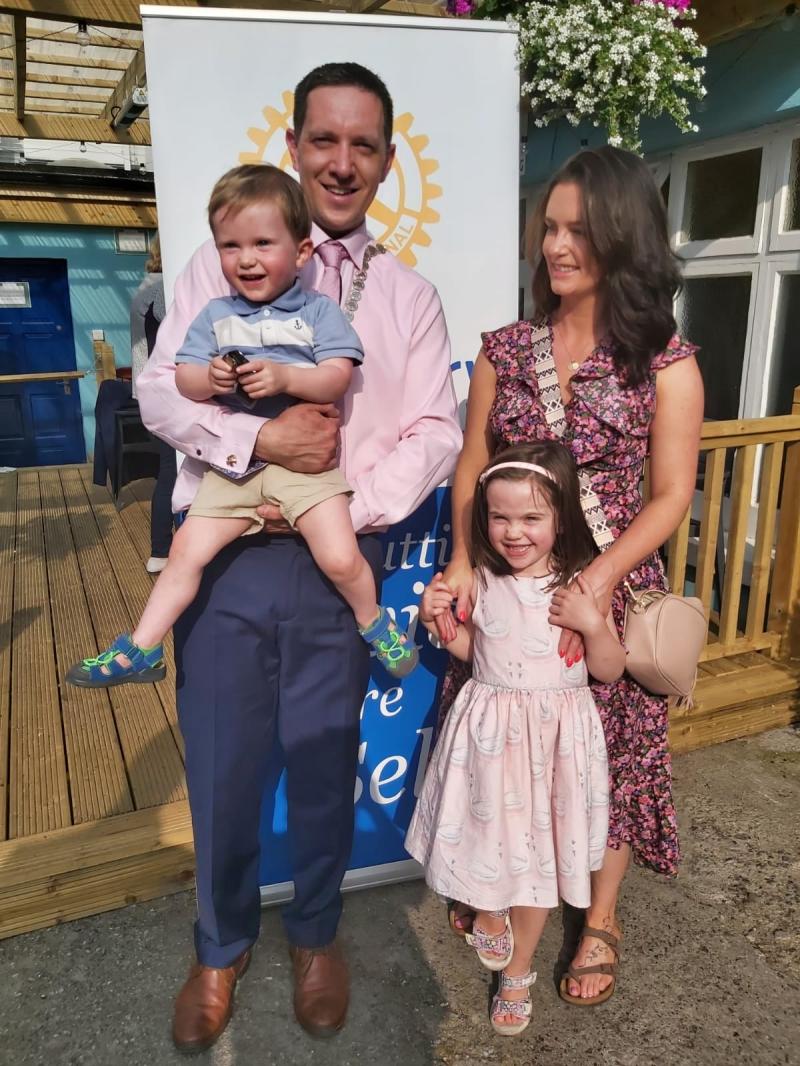 Stephen Costello celebrates becoming President of Rotary Kilkenny with his wife, Tanya, and their children Harry and Lauren

A new term for Rotary Kilkenny has begun with the passing of the leadership baton to a new club president.
The chain of office has been handed over to Stephen Costello, who will be president for the coming 12 months.

At his first meeting as club president, Stephen said it was a huge, personal honour for him to be added to the long line of very fine Rotary presidents who headed up the club before him.
He told his fellow Rotarians that he hopes to represent the club as well as all those who have gone before him.

The role of Rotary President has an added importance for Stephen as his own late father, Seamus, was an active member of Rotary for many years.
In wishing him well for the year ahead many people commented how his father would have been proud to see Stephen follow in his footsteps.
In Rotary and in business (the family business in Murphy’s Jewellers on High Street) Stephen is doing what his father did in the past, keeping involved in the community.

As he took over as club president, Stephen paid tribute to the outgoing president of Rotary Kilkenny, Ian Coulter.
Ian, Stephen said, took over the club at a difficult time, just as Covid restrictions hit, but he managed to keep the Kilkenny group ‘alive and well’ and very much relevant by taking the weekly meetings online and organising a series of guest speakers for members. 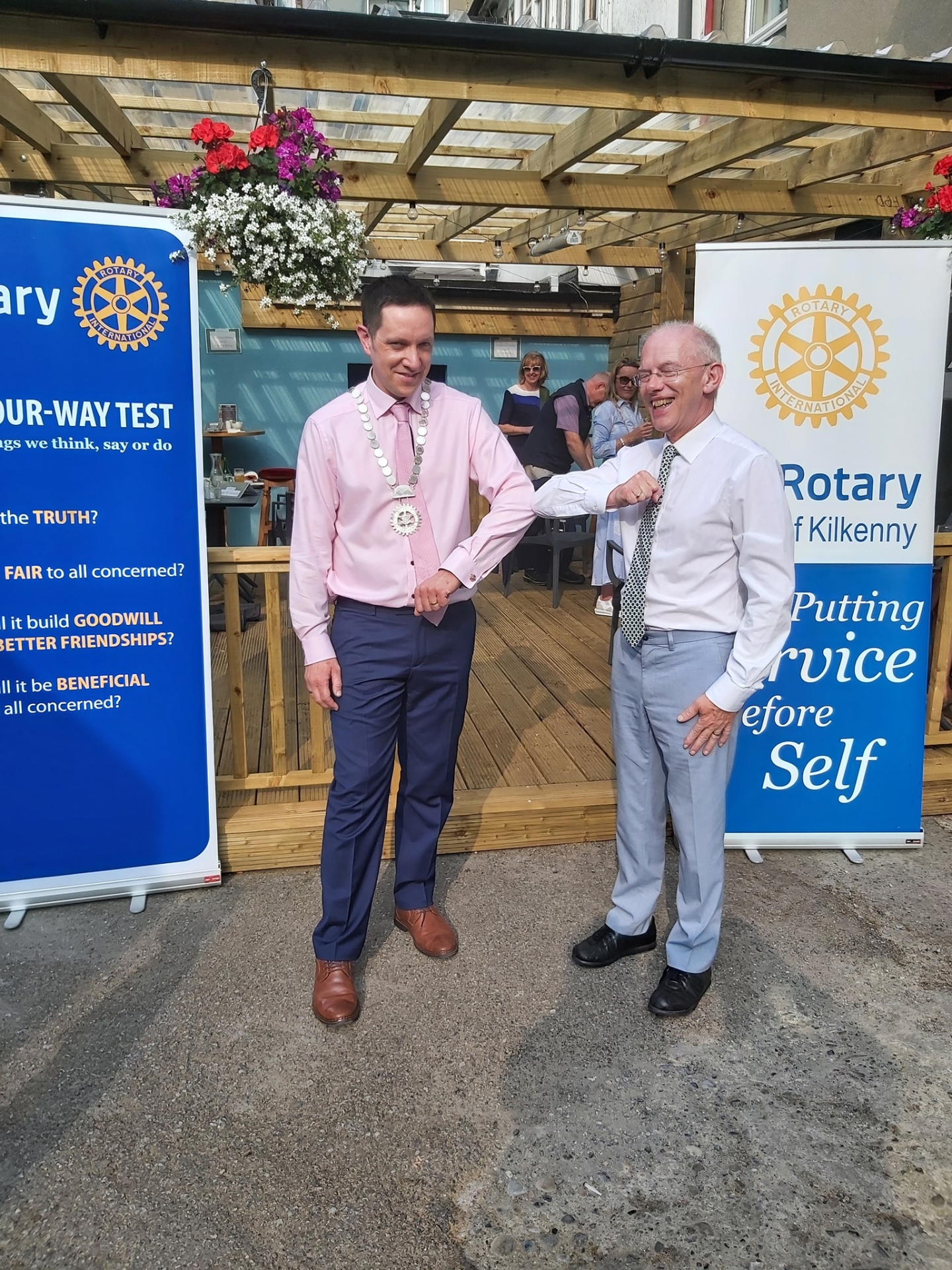 Above: Ian Coulter congratulates Stephen Costello after handing over the chain of office of Rotary Kilkenny

Stephen also praised Ian, and the club’s, efforts to keep the Christmas Remembrance Tree project going, during Covid, by setting up an online donation page for the annual fundraiser in aid of the Carlow Kilkenny Homecare Team.

It was nice to start the Rotary year with the presentation of the Paul Harris Fellowship to club member Jason Dempsey, Stephen said.
The presentation took place at a Rotary lunch meeting, held recently, outdoors at The Butler Gallery.
Looking forward, the biggest thing for the club is to get back to meeting in person again and a number of outdoor meetings have taken place in the last few weeks. The club is about fellowship and being able to meet, chat and exchange ideas is at the core of the club.
Getting people back involved again and encouraging them to have the confidence to meet up and get involved in projects is important for Stephen.

The Christmas Remembrance Tree will be an important feature of the club’s coming year. Stephen also hopes to work on a project under the new Rotary grant for environmental projects. He believes it’s an area every Rotary club can find a suitable project to get involved in . 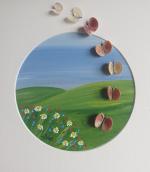 Visual feast for the senses: Arts and craft at Kilkenny Arts Fringe Festival