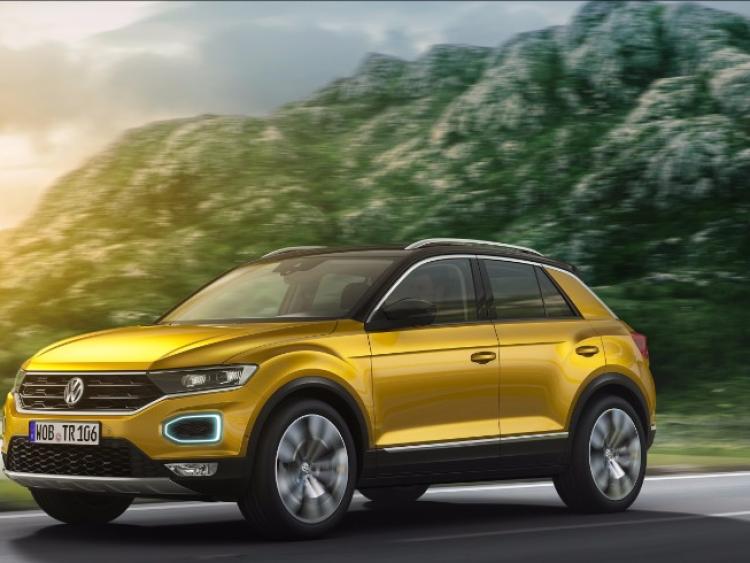 The new Polo has grown dramatically compared to the car it replaces. The new model is longer and lower in height and is also larger inside.
The new model is 81mm longer, the wheelbase is 94mm longer and there is a larger luggage capacity, with a massive 69 litres more than the previous generation.
There will be a raft of new technology available for the car too and Active Info Display celebrates its world premiere in the new Polo.
The engine line-up for Ireland consists predominantly of petrol engines, 1.0-litre units ranging from 65-95hp.
At the top of the range is a new 200hp GTI version which follows next year. There will also be a 1.6-litre diesel following next year.
The new T-Roc (pictured) is a mid-size SUV that slots under the Tiguan in the ever-growing VW SUV range. The T-Roc arrives here before Christmas and will feature a range of petrol and diesel engines. Prices will begin at €24,750.
Most buyers are expected to opt for one of the new 1.0-litre and 1.5-litre petrol engines with 115- and 150bhp. Diesel engines will arrive in 2018.
The Tiguan range is being expanded for the 181 plate with the Allspace, which as the name suggests, is an extended version of the Tiguan, allowing space for an extra row of seats.
This is Volkswagen’s first 7-seater SUV.