SNEAK PEEK: A real-life Jurassic Park is opening soon in Kilkenny - are you ready?

Breaking! A real-life Jurassic Park is coming to Kilkenny!

Dinosaurs will once again roam the land as the creative team at the 4-star Newpark Hotel, which is located on 25 acres of parkland and known as one of Ireland’s top family break destinations, is creating a prehistoric habitat called ‘Jurassic Newpark’.

OR TAP 'NEXT' BUTTON BELOW FOR PICS 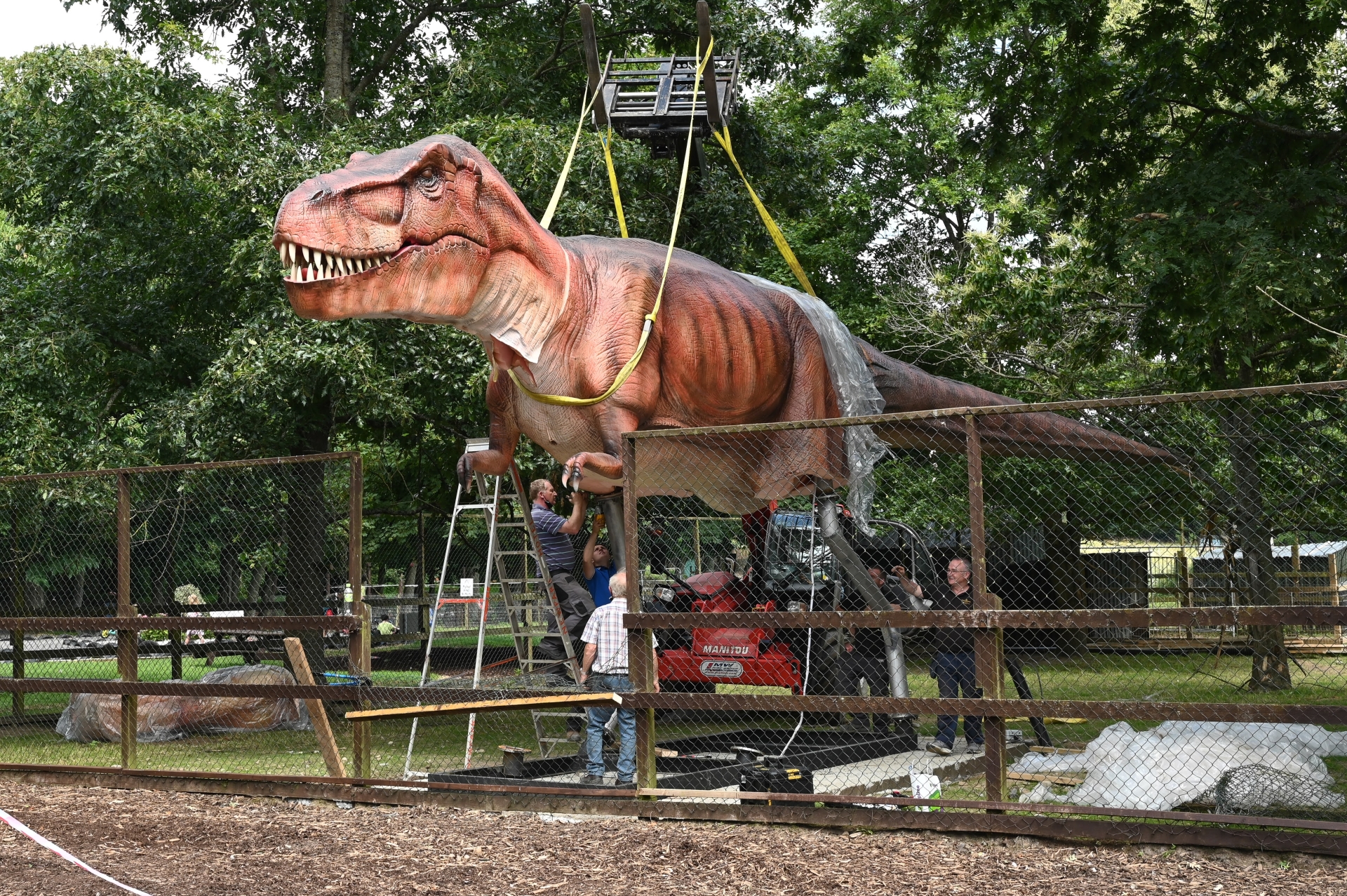 The Park, which will open to visitors at the end of July, will be home to a number of lifesize dinosaur species, which have been extinct for over 66 million years, including Tyrannosaurus Rex, Triceratops, Stegosaurus, Brachiosaurus, Velociraptor, and dinosaur eggs, making it a dino-mite experience for any Dinosaur fan!

Hotel guests booked in for the coming weeks may even get a sneak peek at some of the Jurassic Newpark dinosaur discovery as they enjoy the existing wildlife farm and fairy trail.

Sharing the news of their secret dinosaur breeding programme to bring giant prehistoric reptiles back to Kilkenny, General Manager of Newpark Hotel Paul Beehan jokingly said, “I am delighted to announce our successful venture into paleo genetic engineering, a little skill we picked up during lockdown. We’ve been busy harnessing dinosaur DNA from local ‘black and amber’ fossils to create a new dinosaur park in Ireland!

“The Newpark Hotel family loves to offer our guests amazing and unique experiences, so we can’t wait to see the look on their faces when they have the unique opportunity to see dinosaurs up close that move and roar! So far everything is going really well since they arrived on site - no raptors have escaped into the kitchen and the T-rex hasn’t swallowed any of our staff.”

Newpark Hotel is creating a safe and secure habitat for the dinosaurs and an interactive walk-through experience for visitors, which will officially open from August.

The space will be similar to the paddocks depicted in the Jurassic Park movies (but without the escaping dinosaurs or ensuing carnage).

It will feature ‘electric fenced in enclosures’ for the carnivorous predators including the fearsome ‘king of the dinosaurs’ Tyrannosaurus Rex and the dangerous and yet fascinating Velociraptor, with its signature curved claw on each toe for pinning prey!

There will also be large fenced in open paddocks for the plant eating herbivores including the distinctive three horned Triceratops, armoured Stegosaurus with plates along its spine, and the long necked majestic Brachiosaurus.

These paddocks will be linked with accessible trails, with fantastic photo ops along the way and Park Rangers who will give informative talks about the different dinosaurs.

The tagline for Jurassic Newpark is ‘not just a walk in the park’ and that is certainly apt as designing habitats to display ‘live’ dinosaurs is no small undertaking.

Preparations for the launch of this new dino-themed attraction include reallocation of space in the hotel grounds, major landscaping work, and extensive planting to create a lush natural habitat with an authentic prehistoric feel.

This project involves a financial investment of in excess of €250,000 and will create 10 new jobs.