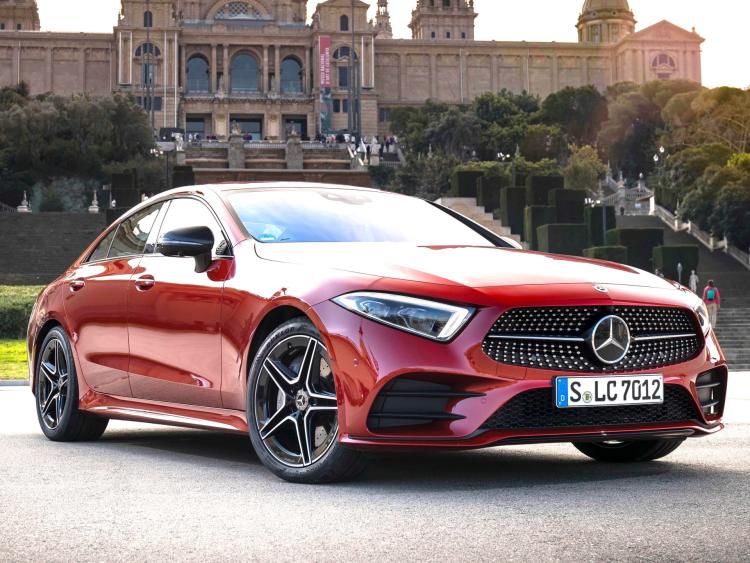 Mercedes-Benz has introduced the latest version of its luxurious CLS Coupe.
Designed to create an entirely new vehicle segment, CLS combines the elegance and dynamism of a coupé with the comfort and functionality of a saloon.
The new CLS has clear echoes of the Mercedes-AMG GT. This is reflected in its striking front-end with its single louvre diamond grille and wide, pronounced headlamps, two marks of the Mercedes-Benz coupé.
Inside, the high-grade choice of materials and finish used to create its aero-like cockpit is evident throughout. For the first time, seats designed exclusively for the CLS can now accommodate five occupants.
Describing the new CLS as ‘a car created for the discerning motorist’ who seeks elegance, luxury and prestige in an ultra-modern, eye-catching and timeless design that is vibrant and enjoyable to drive, Ciaran Allen, sales manager for Mercedes-Benz passenger cars in Ireland, said prices will be announced closer to its market introduction next May/June.
Sharing features in common with the S-Class, the new CLS comes with all of the latest generation touch-screen infotainment, safety and driver assistance systems.
A completely new engine line-up powers the new CLS. Initially, it comprises 6-cylinder, in-line diesel and petrol units with 4MATIC models included in the offering.
Three diesel units are available at launch - a CLS 300d, expected to be the popular choice in Ireland, along with a CLS350d 4MATIC and CLS400d 4MATIC. Following, in early-2019, will be a CLS 220d version.
Vital stats show the 300d unit delivering 180kW/245hp and 500Nm torque. The 350d unit delivers 210kW/286hp and 600Nm torque while the more powerful 400d version has 250kW/340hp and 700Nm torque. Combined fuel consumption and CO2 emissions are noticeably low in all cases.
Most powerful model is a CLS 450 4MATIC 6-cylinder petrol version. Delivering eight-cylinder performance, its lower fuel consumption is revealed in levels once the exclusive domain of high-voltage hybrids. Data shows the CLS 450 4MATIC delivering 270kW/367hp, 500Nm torque with combined fuel consumption of 7.5-litres/100km and CO2 emissions of 178g/km.