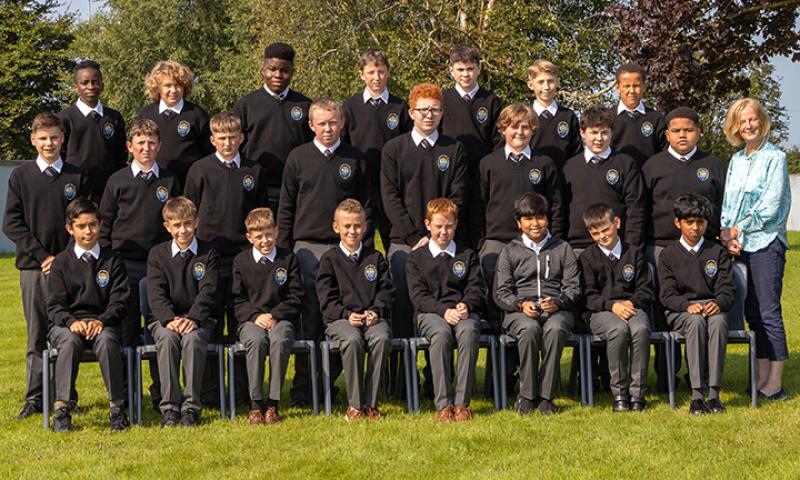 A new start, with a ‘first’ and a ‘last’ is the unusual return to school for Coláiste Eamann Rís, in Callan.
This term marks the arrival of a new uniform, new mixed classes, a new head boy, but it is also the last year of the school as a CBS secondary school.

Next September Callan will have a ‘new’ secondary school - Coláiste Abhainn Rí, which will be an amalgamation of the CBS and the nearby St Brigid’s College.

In preparation for this, students of both schools are now sharing ‘mixed’ classes. This offers an opportunity for the students to take subjects which previously were only available in one of the schools. For example the boys can now take music or home economics and the girls can study woodwork or engineering.

The CBS boys are going over to St Brigid’s, and the girls crossing to Coláiste Eamann Rís.
Only the senior classes did this before, but now it’s an option for classes from first year. Another new feature at Coláiste Eamann Rís this September is the completely new uniform for new students. With the colours blue, black, grey and wine in the tartan and a grey and blue tie with a black stripe, this will also be the uniform of Coláiste Abhainn Rí.
O’Brien’s in Callan are stockists of the uniform.

Head Boy
A unique point in the history of the school is that this year it has its first - and last - head boy and deputy head boy. Ben Fitzpatrick, head boy, explained his role is to be a safe and secure link between the students and the staff, bringing queries from students to staff if needed. Also, he will help promote a happy and healthy learning environment, and a good social environment.

Josh Buckley, deputy head boy, said they were both elected by their classmates at the end of last term. Since school started back they have been reminding fellow students to keep up Covid precautions and advising them to buckle down and study.

Ben and Josh will also liaise with the head girl and deputy head girl at St Brigid’s College, to work towards making the amalgamation of both schools as easy as possible.

Schmid happens! Kaia is queen of Callan as stage one of Rás na mBan rolls into town

Coláiste Abhainn Rí will officially open its doors in September 2022