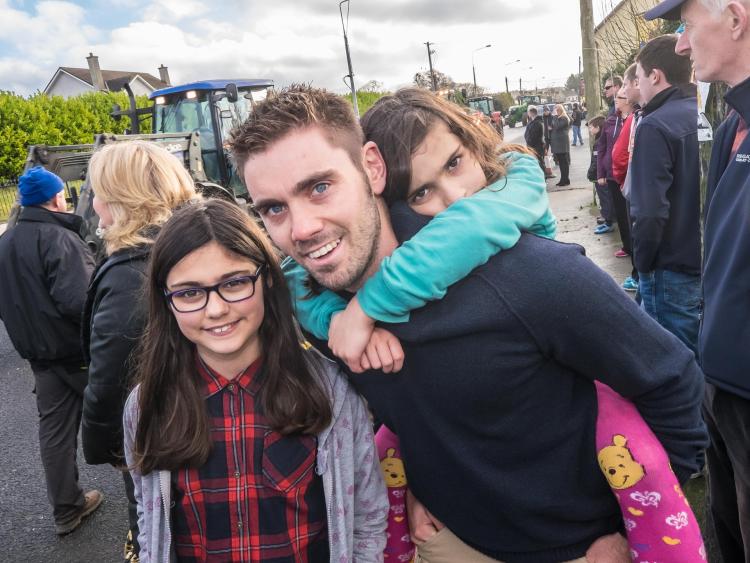 Cllr Peter 'Chap' Cleere has confirmed that the upgrading of public lighting on the old national routes (old N9) has gone out to tender. It is proposed to upgrade these lighting to LED lighting when sufficient funding is in place. This is an excellent initiative and Chap has welcomed the news and confirmed that all lighting going through both Knocktopher and Ballyhale will be upgraded.

It is important to state that similar information was given to me by local Councillor David Kennedy.

Ballyhale Golf Society had their recent outing in Waterford Golf Club. 24 members took part in a team event that proved to be a fantastic day with great weather and a fabulous course. The results are as follows;

Ballyhale Golf Society next outing is for Captain Martin Walsh's outing in the Royal Curragh on 24 June.

The last of the Piltown Draw tickets are still available from committee members.

The Juvenile Club Open Day, which had been proposed for last Monday did not go ahead. As luck would have it Chairman Tom Coogan decided to defer the event as the grass in the field was not yet strong enough. As it turns out last Monday was one of the wettest days of the year so we were luckily that we weren’t in the field for the day!

The Leinster Championship match against Wexford is reportedly sold out. At the same time tickets are being offered for sale. Check out both Club and County websites etc for details. The best of luck to Joey, Richie, TJ, Colin and Michael and all the Kilkenny panel!

Happy Birthday to all those who celebrated theirs recently including John Kennedy (Barrettstown, Knocktopher) and Paddy Doyle (Thomastown Road)