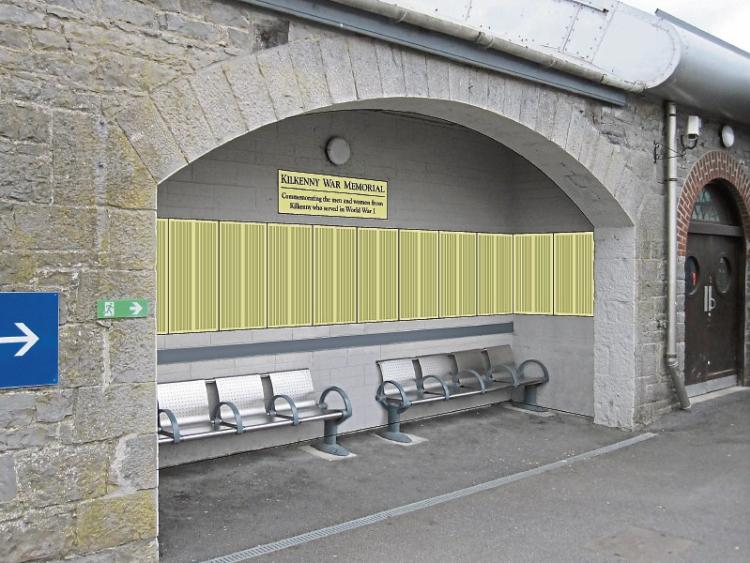 A memorial to all from Kilkenny who served in World War 1 will be unveiled at Kilkenny train station.

We remember, as we approach the 100th anniversary of the ending of First World War, the
men from the Parish of Tullaherin, Bennettsbridge and surrounding areas who left to fight for justice and freedom.

We remember those who died on the Battlefields of Flanders and faraway lands, the families they left behind, those who came home to a very different Ireland.
These men left their country for many different reasons, a sense of adventure,justice, or to help raise their families. Eighteen men left our parish, four of them were killed or died of wounds.

The names of the four men from Tullaherin who died are included in the list of 828 men and women who died from the County of Kilkenny and are inscribed on The Kilkenny World War One Memorial at the Peace Park in Kilkenny.

The names of those who served, 3271 men and women including those from Tullaherin are inscribed on the Memorial at MacDonagh Junction Railway Station.
Ar dheis  De a hAnamnacha