After rescue from the backwaters, Keeva turns into Cats 'Golden Girl' 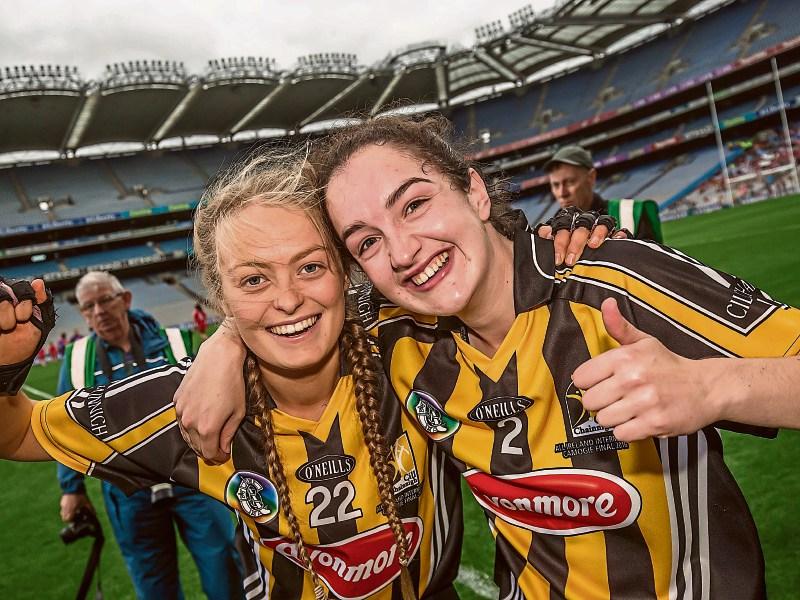 Kilkenny goal scoring hero, Keeva Fennelly was almost lost to the inter-county game, but on Sunday she was the ‘Golden Girl’ in Croke Park.

The Ballyhale Shamrocks attacker hit Cork for two second half goals which put the Cats on the glory trail, but so easily she might never have been part of the story.

The daughter of former All-Ireland winning captain, Ger Fennelly (1979) was absent from the inter-county scene for two seasons following a debilitating illness.

At the start of the season, Kilkenny manager, Mike Wall, persuaded her to have another go. The rest, as they say, is history.

“Coming back was one of the best decisions of my life,” smiled the Dublin-based accountant. “I am an All-Ireland richer. I can retire happy now.”

She described the team performance “as unbelievable”.

“We knew it was in us and we had to produce it in the second half,” she admitted. “The first half just went by us. Cork bossed us.

“We knew we had to dig out a performance like we did in the second half against Kildare in the semi-final, and we did. That got us over the line.”

Keeva admitted she didn’t see this victory coming at the start of the year. However, as the weeks passed and the spirit developed in the group she sensed something special.

“It was terrific out there,” she said when she pointed to the Croker pitch. “The men have done us all so proud in Kilkenny over the last few years. Now it is our turn.

“It is a great honour to represent your county in Croke Park on All-Ireland final day. It is wonderful, absolutely wonderful.”

Team manager Mike Wall felt Kilkenny probably didn’t play as well as they can, but they got there in the end, and that was all that mattered.

He felt the occasion might have gotten to some of the players during the first half.

“It came to light afterwards that some of the girls were sick with nerves beforehand,” he revealed. “Only three or four had ever played in Croke Park before.

“We know them all so well from the minor team last year. They won that title, and heart made them champions then when no-one gave them a chance.

“They have everything - skill, heart and mental toughness. They are an absolutely brilliant bunch of girls.”

“We have been saying to them all year that they were good enough to win the All-Ireland,” Mike revealed. “At half-time they still had a chance, so it was up to themselves.

“We still believed. It was up to them to take on the challenge, because there was a lot more in them than they had shown in the first half.

“We stressed to them again that they were going to win. That was the last thing we told them before they went back out on to the field, that they were good enough to be All-Ireland champions.”

Both himself and assistant manager, Ger Walsh had a good gut feeling during the break.

“We knew that any time they were pushed to the limit, they responded,” Mike said with confidence. “They never back down.

“These girls are still developing. Some are a year or two away from senior standard, but they will get there.”