Speedy 'Green race into round three 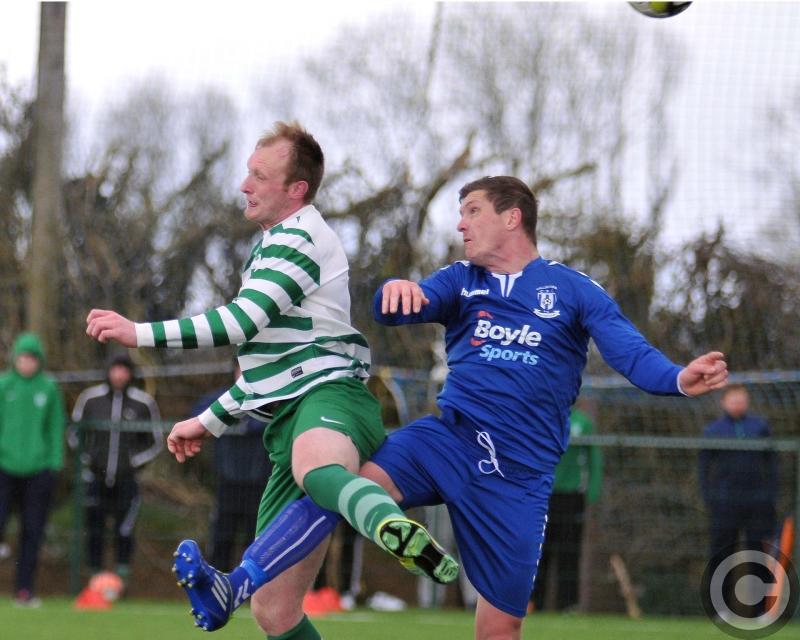 Sean Barcoe netted what proved to be the winner for Evergreen in their Leinster Senior Cup clash with Kilbarrack United. Photo: Michael Brophy

A fast start paved the way to success for Evergreen as they charged their way into the third round of the Leinster Senior Cup.

The city side left their opponents Kilbarrack United seeing stars when they exploded from the traps and took control of the game inside the first minute.

The match was barely 12 seconds old when Evergreen had the Kells Road in raptures. Simon Burke did the damage, charging down goalkeeper Dylan McNulty’s clearance before the ball ended up in the net.

It was a dream start for Evergreen, who had more reasons to be cheerful. The hosts, who defended their lead well throughout the first half, were boosted by the return of Dylan Whearty, who played his first match since suffering a broken leg in a preseason game in August.

Competing across midfield, Evergreen did their best to add to their lead in what was a tight first half. Robbie Quan had a chance on the half hour, getting his head to a Simon Burke cross, but his effort was just off-target.

The game began to open up in the second half, but another goal proved hard to come by. Burke was a fraction wide with his 53rd minute header, while Kilbarrack’s Dean Gibbons fired his shot just off-target a few minutes later.

Kilbarrack pressed on, and almost grabbed an equaliser when sub Eamon Moynihan bore down on goal, but he was denied by a superb point-blank save from Ciaran Farnan, who was making his first start in the Evergreen goal.

The save spurred his side on as, with five minutes to go, they all but booked their place in round three. Sub Sean Barcoe did the damage, lashing home a 20-year strike to stun the visitors. They could have gone even in further in front, but Chris Whearty’s thundering free-kick hammered back off the bar late on.

With time almost up Kilbarrack did pull a goal back, but they couldn’t catch Evergreen, who now face Firhouse Clover in the next round.