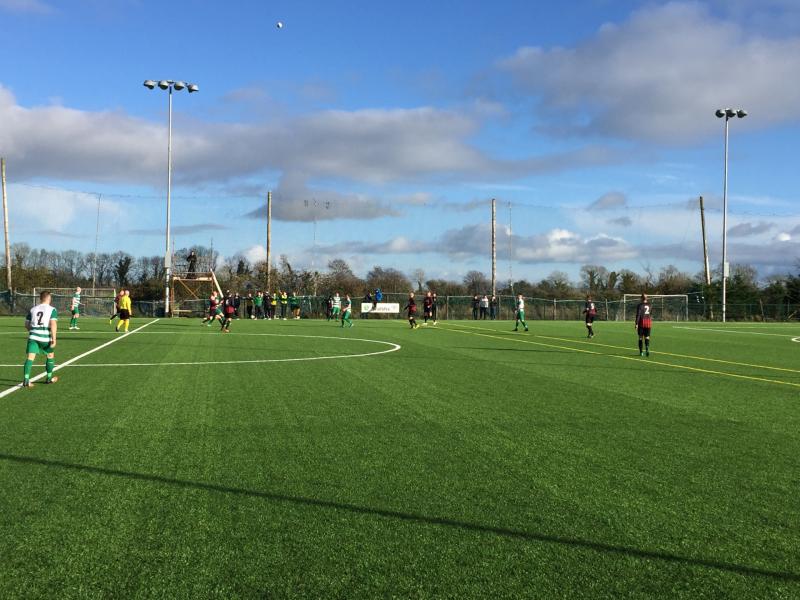 Evergreen's set-piece skills came to the fore as the city side marched into the quarter-finals of the FAI Junior Cup.
Sean Barcoe and Conor English did the damage as Packie Holden's side saw off Willow Park at a chilly Evergreen Park on Sunday afternoon.
The Athlone visitors had plenty of possession in the early stages and did well to contain their hosts, but were rocked when Barcoe rose highest to glance Dylan Whearty's 14th minute throw-in into the net.
Willow Park recovered from that blow and had chances to draw level, but both Aaron O'Neill and Brian Caldwell failed to hit the target.
Willow Park continued to pile on the pressure in the second half, but for all their efforts they couldn't find a way past Holden. The missed chances that continued to pile up came back to haunt Park when Evergreen stormed into a 2-0 lead on 68 minutes, Conor English curling an unstoppable free-kick into the top right corner of Aidan Browne's net.
Evergreen - Holden; Corr, Andrews, D. Whearty; Jordan; McQuillan, Barcoe, Quan, C. Whearty; Drennan, English.
Willow Park - Browne; Sherlock, Quinn, Nicholson, Shine; O'Neill, McHugh, Rushe, Murray; Caldwell, Magennis.