Strong finishing burst gets Kilkenny through to League quarter-finals 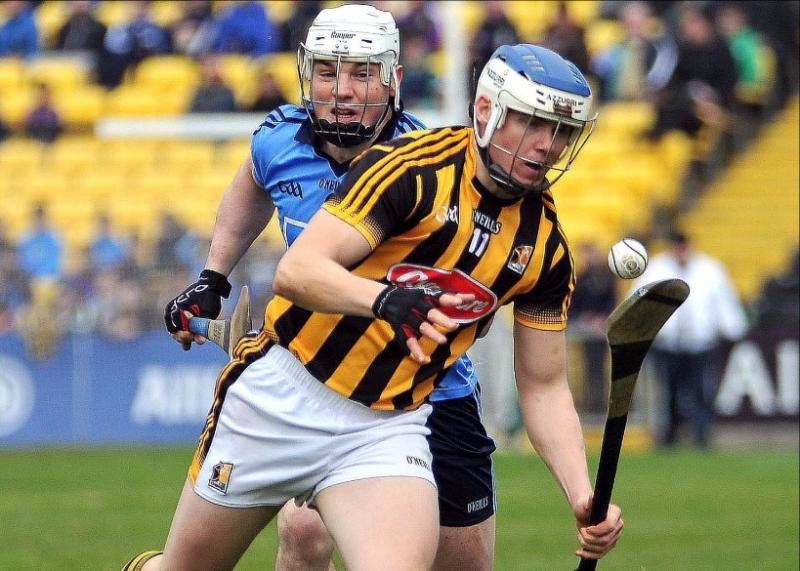 Kilkenny had the advantage of an extra man for over 40 minutes, but they were still made battle all the way before sneaking through to the National Hurling League quarter-finals.
Dublin had goalie Gary Maguire dismissed in the 30th minute, but man down or not, they didn't surrender easily. However, defeat has left them facing a relegation battle against Clare while Kilkenny can look forward to a home game against Wexford in Nowlan Park next weekend.
"The players gave it everything, and I am very proud of them," insisted Dublin manager, Ger Cunningham after this clash in Parnell Park this afternoon. "We will have the Cuala player back this week and we will take on the Clare challenge with reasonable confidence."
Kilkenny out-scored tiring opposition by seven points to two during the closing 17 minutes to finally get a bit of decent breathing space in what was a real dogfight. Ten point man T.J. Reid did a lot of the late damage, as did newcomer Conor Martin, who finished with 1-5 from play, and Walter Walsh.
Dublin looked in a bit of trouble at half-time when 2-5 to 0-10 behind after playing with the wind and having goalie, Gary Maguire, sent off. The 'keeper got his marching order following a wild pull across Liam Blanchfield as the latter scored the second Kilkenny goal.
That score brought Kilkenny level at 2-3 to 0-9. An exchange of points between T.J. Reid and Donal Burke (65) followed before Reid posted a point from a free in the 35th minute which divided the teams at the rest.
Earlier the scores had been level twice, at 1-2 to 0-5 and then 1-3 to 0-6 before the Dubs got the upper-hand. They hit three points without reply from Burke (2) and Chris Crummey, his second of the half, to charge 0-9 to 1-3 clear.
Kilkenny worked their best move of the half with three players exchanging hand-passes before Blanchfield goaled and Maguire was red carded in the same incident.
The Cats opened the second half with quick points from Liam Blanchfield and Colin Fennelly (2-7 to 0-10), but when Dublin hit back for a goal from Donal Burke after a sizzling drive from Ryan O'Dwyer was first blocked, it set up a tit-for-tat battle.
By the end of the third quarter Kilkenny looked to be getting on top when Reid, Martin and Liam Blanchfield picked off points to edge them 2-12 to 1-12 clear.
The Dubs hit back for a pair of neat points from the excellent Chris Crummey and Ben Quinn to keep their hopes alive (2-12 to 1-14), but from there to the finish the Cats had much the better of the scoring exchanges.
SCORERS: Kilkenny - T.J. Reid (0-10, five frees, one 65); C. Martin (1-5); L. Blanchfield (1-2); C. Fennelly, W. Walsh, R. Hogan (0-1 each). Dublin - D. Burke (1-9, five frees, two 65s); C. Crummey (0-3); B. Quinn, R. O'Dwyer, C. Boland, N. McMorrow (0-1 each).
Kilkenny - E. Murphy; P. Murphy, P. Walsh, C. O'Shea; C. Fogarty, J. Cleere, S. Prendergast; P. Deegan, C. Buckley; C. Fennelly, W. Walsh, T.J. Reid; L. Blanchfield, R. Hogan, C. Martin. Subs - J. Holden for P. Walsh ht; P. Lyng for R. Hogan 51st min; K. Joyce for C. O'Shea (inj) 61st min;
Dublin - G. Maguire; F. O Riain Broin, E. O'Donnell, S. Barrett; C. Crummey, L. Rushe, C. MacGabhann; D. Fox, B. Quinn; E. Conroy, N. McMorrow, R. O'Dwyer; E. Dillon, D. Burke, C. Boland. Sub - C. Dooley for Conroy 30th min; F. Mac Gibb for Fox ht; R. McBride for Mac Gabhann 51st min; C. O'Sullivan for C. Boland 57th min; F. Whitely for B. Quinn 61st min
Referee - P. O'Dwyer (Carlow).