Soccer money: If Walker worth massive money, what are top GAA players worth to counties? 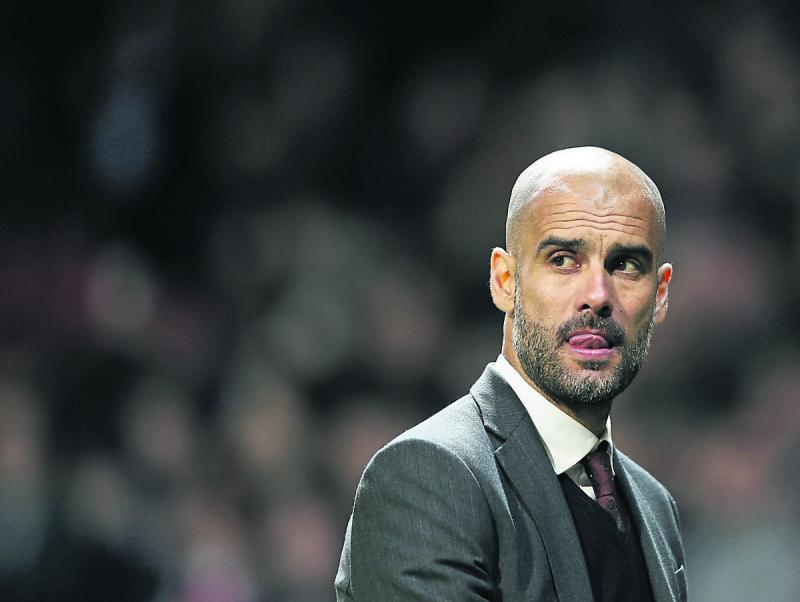 And so it begins. Nine months of drama, melodrama, histrionics, great goals, confected controversies, laughably bad dives and Jose Mourinho.
The English Premier League is back. In some ways it never goes away.
Do you care, which or whether?
Plenty of ’People readers will take not the slightest interest in the soap opera across the water, that’s for sure. Plenty more will not be particularly interested but will keep a weather eye out nonetheless.
And plenty of other readers will eat it up and drink it up from now till next May.
Manchester City’s tactics under Guardiola. Liverpool’s defending under Klopp. Mourinho and the rows he’ll start.
It is what the chap in the pub and the man on the Callan omnibus will be talking about for the winter (or would be if the Bus Eireann number 7 route hadn’t been so shamefully done away with).
Just one more thing, as Columbo might have said. To what extent can people really get wrapped up in it now that the English Premier League is more of a dopers’ playground than ever it was?
This observer didn’t watch the athletics from London over the weekend just like he didn’t watch the athletics from Rio last year. Too much doping.
No idea who’s clean and who’s not. Lo and behold, a gentleman twice banned for drug use won the 100m on Saturday night. What a surprise.
Doping in the Premier League? We’re talking financial doping here, in case you were wondering (Sorry, there was an obvious joke to be made there about loads of dopes in the Premier League and I missed it. Losing my touch, clearly).
Alvaro Morata to Chelsea for £58m. Liverpool, having broken their transfer record for Mohammed Salah, seemingly ready to nearly double it, not for Ronaldo or Mbappé or Griezemann but for, ahem, Naby Keita from Bundesliga outfit Red Bull Leipzig.
Everton prepared to pay up to £50m for Gylfi Sigurdsson, a very good player in a lower-to-midtable outfit but not the kind of rainmaker who’ll bring a team with him all the way to the Champions League.
Manchester City, who according to the title of a book about them are Richer Than God, temporarily making Kyle Walker, a speedy but unremarkable number 2, the world’s most expensive defender.
If Walker is worth £50m plus add-ons, what price would Danesfort demand for Paul Murphy if Pep Guardiola came knocking?
Granted, daft transfer fees have always been with us. The shock-horror attitude to them goes all the way back to the early years of the last century, to when Alf Common became the first £1,000 player in 1905 and David Jack the first £10,000 player in 1928.
At the time the public reacted as though the sky was about to fall in at any moment. It didn’t.
Transfer arms race
Daniel Levy, the Spurs chairman, warned recently that the transfer arms race has become “totally unsustainable”. Now Levy is not a disinterested observer on this score, given that Spurs are building a new stadium and the money’s too tight to mention.
Yet at a time when the game in England has never been wealthier, Sunderland – a splendid old club with a large and loyal fan base – are £110m in debt.
It almost defies belief. And it makes you ponder: can the bubble be sustained indefinitely or, like the Celtic Tiger, will a crash eventually come and there’ll be hell to pay?
Certainly it would be amusing to see Mourinho, Guardiola and Antonio Conte not given the players they’ve stamped their feet for and instead be required to make do with what they have and actually coach. Unfortunately it won’t be happening any time soon.
And the destination of the 2017-18 PL title, if you’re one of those readers who does care? Old Trafford.
There’s a pattern in Mourinho’s career. In his first season at a new club he lops off the dead wood and the following summer he buys the players he wants (in the current instance Lukaku and Matic).
In the second season he wins the League: picture Matic anchoring the midfield and allowing Pogba the freedom to go about justifying his former world-record price tag, with Lukaku doing what he’s consistently done since coming to England and scoring goals.
In the third season Mourinho’s personality being what it is, his antics wear off and it all crashes and burns on a grand scale. But that’s season three.
Season two is about to begin. Manchester United’s title.