Kilkenny SHC final: Variety is the spice of life 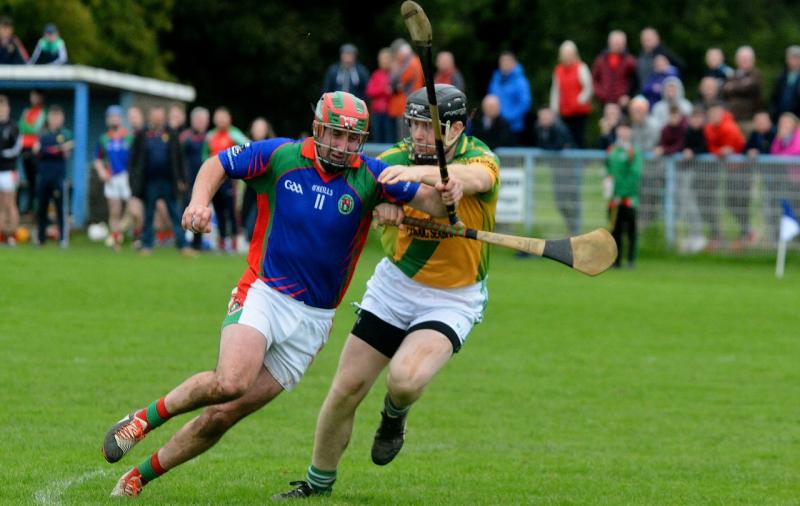 Eoin Larkin (11) can be a key man for James Stephens

Midnight at Bretts’ corner in John Street on the night of last year’s county senior hurling semi-finals.
A Kilkenny star of a decade ago is wandering down the street, complete with wife and bag of chips, finishing up after a long day in Nowlan Park and the hostelries of St John’s parish. We stop and shoot the breeze for a moment, the three of us, and bemoan the mundane fare witnessed in the afternoon’s games.
Amid the moaning the thought does occur. Was there ever a time when the closing stages of the county championship didn’t provide mundane fare, or at any rate fare that was no more than moderately entertaining? Was there really a Never Never Land – back in the 1970s, say - when every Kilkenny final and semi-final was an enthralling affair played in front of a huge, throbbing attendance?
One doubts it. Let’s face it, the Noughties were even more of a golden age for Kilkenny hurling than the 1970s, and classic county finals in the Noughties were few and far between. With Kilkenny county finals, basically, it’s a case of never mind the quality, feel the variety.
Four Winners, SiX Years
Nothing wrong on that score either. The Tom Walsh Cup has had four different winners in the past six years and ten different winners in the past 25 years – and five of those winners are no longer to be found in the top flight. It bespeaks a competitive championship.
What’s more, even if Ballyhale Shamrocks were by a distance the best local club team of the past ten years, their winning margins on the big day read as follows: seven, ten, five, three, four, seven. To put it another way, half of their victories were not laps of honour.
Yet recent and all as the Shamrocks’ latest six victories are, they bleed into one at this stage. Unrelenting competence tends to have that effect. Scrolling back over the past 30 years it’s the outliers that stick out.
Joe Casey’s late goal winning it for Clara against the Shamrocks in 1986. Glenmore winning a really good final against the Shamrocks the following year, with the galloping drive of a young Michael Phelan giving a foretaste of big days to come in the black and amber. Odd the way we forget that the men from Ballyhale lost finals too, huh?
Dicksboro in 1993. Tullaroan beating Dicksboro in 1994 by – ahem - 1-6 to 0-6. (Looking at that scoreline it was no wonder Kilkenny didn’t win an All-Ireland for the rest of the decade.) Dunnamaggin flooring Young Irelands in 1997. And a year earlier a showpiece that was written in flashing neon.
Young Irelands and James Stephens in two parts. Two absorbing encounters, two vast attendances and one man around whom it all revolved. The man. The one and only. D.J.
He scored a goal in the first half of the drawn game that nobody but D.J. could have scored, soloing in towards the town end goal from under the old bank and planting the sliotar past Frannie Cantwell. You can’t legislate for genius.
A certain gentleman domiciled on the outskirts of Kilkenny City who was James Stephens manager the same year will still tell you that Philip Larkin did a good job on D.J. over the course of the draw and replay. It is indeed a fact that D.J. wreaked most of his damage from close-range frees. It is also a fact that James Stephens outscored Young Irelands by 28 scores to 24 during the 120 minutes.
But the Gowran men had D.J. and the Village men didn’t. The End.
Any chance someone will produce one or two even vaguely D.J.-esque exploits next Sunday?