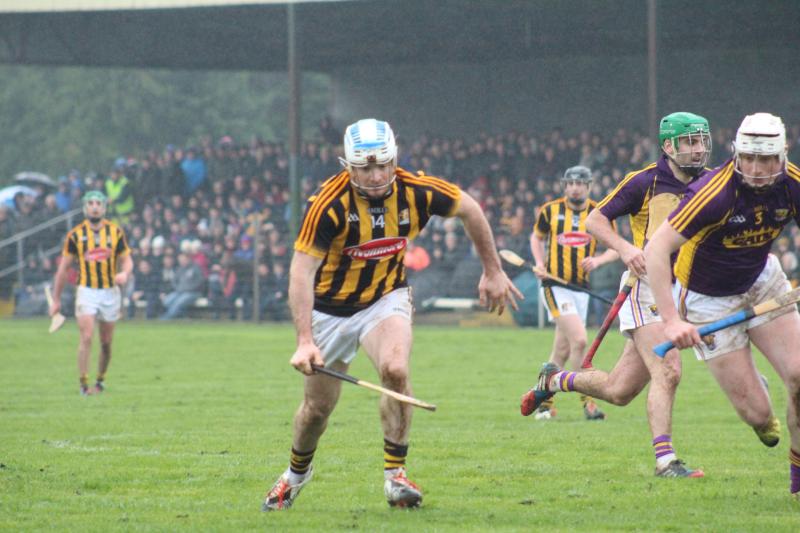 Jonjo Farrell (Thomastown) won't be part of Kilkenny panel in 2018

Expect a season of change as Kilkenny return to training for the new season this week.
Manager Brian Cody and selectors, Michael Dempsey, James McGarry and Derek Lyng have cast the net far and wide and nearly 50 players have been called to pre-season training.
However, All-Ireland winners, Kieran Joyce (Rower-Inistioge) and former captain, Shane Prendergast (Clara) have opted out, and indications are that Jonjo Farrell (Thomastown) and Michael Walsh (Young Irelands) will do likewise.
League start in Cork
With the Walsh Cup pre-season hurling tournament due to begin at the end of December, and the Allianz National League action starting on Saturday, January 27 against Cork in Pairc Ui Chaoimh, the new season will be underway before fans know what hit them.

The selectors were reinstated early than usual this season, and they didn't waste any time getting down to business. The search for new talent went deep, and championship quarter-finalists, Mullinavat, for example, have five players in the enlarged squad - John Walsh, Mark Mansfield, Ger Malone, Thomas Aylward and Simon Aylward.

Mullinavat, by the way, are the Kilkenny senior football champions, and on the hurling front they brought eventual champions, Dicksboro, to a replay in the quarter-finals.
Meanwhile, the three Kilkenny club hurling champions will be in action in Leinster this weekend.
On Saturday, St Patrick's (Ballyragget) will return to action after all the off the field post county final drama when they play Ardclough (Kildare) in Newbridge (2pm), while junior champions John Lockes (Callan) are on the road again, this time heading to play Fr Dalton's (Westmeath) in St Loman's (2pm) in a semi-final clash.
On Sunday then, newly crowned senior champions, Dicksboro will be heading to Parnell Park, Dublin to play All-Ireland champions, Cuala.
The winners will meet St Martin's (Wexford) in the semi-final on Sunday, November 19.
Statement
The final is down for decision on Sunday, December 3.
St Patrick's are said to be mad keen to return to the playing field and to make a statement through the power of their hurling.
In the immediate aftermath of the county final win over Graigue-Ballycallan, everyone was looking forward to taking on the challenge in the Leinster championship.
Now they are determined to get back to the real business of the club.
Dicksboro hadn't given a thought to the Leinster club championship before the county final against James Stephens, but manager Mark Dowling said they would be ready to face the champions.
“We owe it to ourselves, and to every club in Kilkenny to be ready,” he insisted.