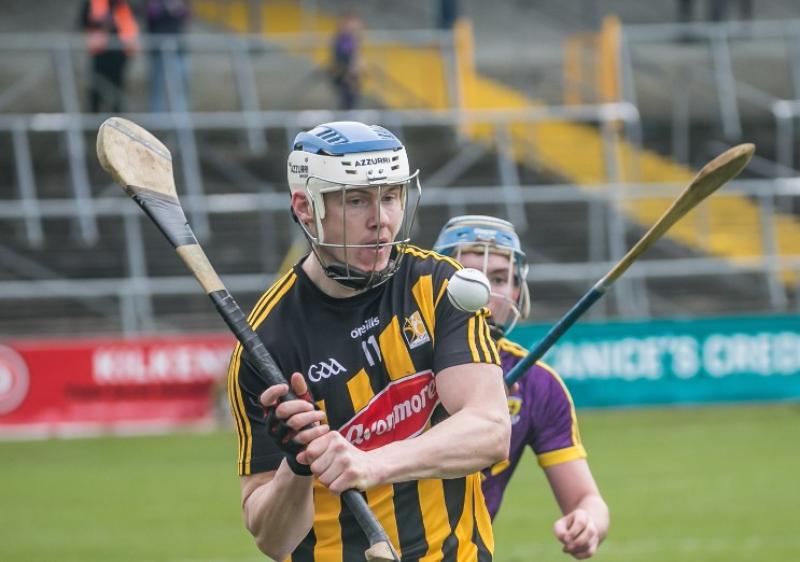 T.J. Reid will be hoping for another good day against Galway

Kilkenny will be hoping to add to their replay blessings against All-Ireland hotshots Galway today.
In what will be the third replay between the counties since 2012, Brian Cody’s troops will be hoping to maintain their 100% strike rate in the rematch of the Leinster senior hurling final in Semple Stadium, Thurles (3pm).
Kilkenny won the 2012 All-Ireland final replay against Galway.
Chasing hat trick
They repeated the act in the 2014 Leinster quarter-final replay against the Tribesmen.
And now in what will be an historic first Leinster final being played outside the province, they will be gunning for the hat trick.
“They have been warned now,” was the message from Kilkenny boss, Brian Cody, in the immediate aftermath last Sunday’s gripping 0-18 each draw in Croke Park, when the Cats were the rank outsiders.
That was the first drawn Leinster final since 1993. The previous one again was in 1972, both involving Kilkenny and Wexford.
Cody suggested Galway might have been affected by the pre-match hype that rated them red hot favourites on Sunday last, but now they know exactly what improving Kilkenny have to offer.
“They are the top team,” Cody continued. “They are the team with all the hurlers. They are the ones who are going to be so difficult to beat. Look, we are not at that level yet.”
Cody’s record
He has managed Kilkenny 18 times against Galway in the championship during his 20 year tenure. The county has enjoyed the sweet tasted of victory 11 times, and there were three draws.
This will be the 45th championship meeting between the counties. The Cats lead the series 31-10.
Kilkenny reported no major injury problems after last Sunday’s titanic tussle.
Brian Cody lavished praise on the players, insisting all had performed well in a showdown in which the spoils were expected to go West.
Read more on Kilkenny People sport here.