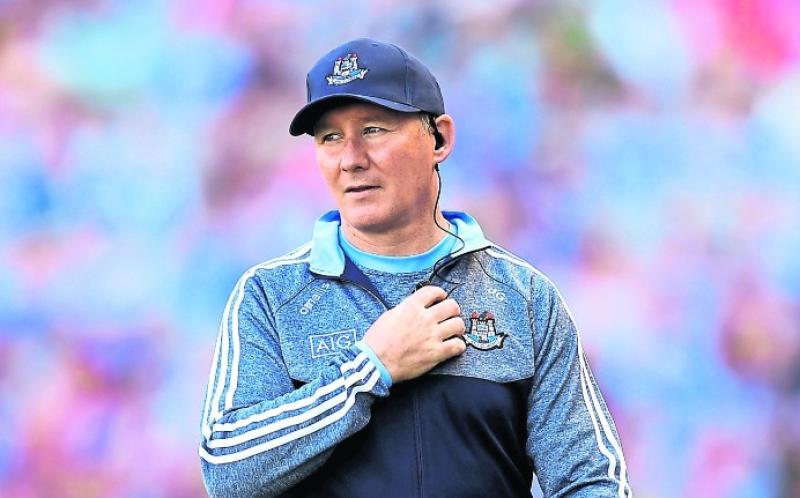 Here’s a secret for you. Please don’t tell anyone. I’ll be spending Sunday afternoon watching the All-Ireland football final.
Of course I will. So will most of you too. There’s this belief out there, prevalent beyond the county borders, that Kilkenny folk have no interest in Gaelic football. It simply isn’t true.
A healthy percentage of Noreside inhabitants will tune in to events at Croke Park next Sunday and they’ll tune in with keen interest. And on Sunday night many of those inhabitants who venture out on the town will be critiquing the match to their hearts’ content. Happens every year. Just because there wasn’t a black and amber dog in the race doesn’t mean people won’t have an opinion.
Another very good reason for watching is that Dublin are an enormously engaging and attractive proposition. The pace, the power, the poise, the relentlessness. It’s like witnessing the Kilkenny four in a row team with two-tone blue outfits and a bigger ball.
Championship Cakewalk
Granted, they’re so good that their championship run to date this summer has been less of a schedule, more of a cakewalk. Complain that Dublin have both the numbers and the money and you’ll get no argument from this quarter. But that doesn’t mean they’re not brilliant at what they do or that watching them in action is ever a chore.
One thing they’re particularly good at – and no, this bit is not easy on the eye – is putting a game to sleep in the closing stages. Jim Gavin’s men have built up a lead and they go all out to protect it. They play keep-ball and recycle possession, across the field and back, until the sand runs out in the timer.
It’s a gambit that has drawn criticism. It shouldn’t. It’s not the job of the Dubs, or of any team who are leading, to attack and risk giving away the ball. It’s up to the other crowd to get hold of it and press forward.
The bookies expect the champions to beat Tyrone by seven points. On the face of it, this looks reasonable. Last year in the All-Ireland semi-final they rolled all over Mickey Harte’s men, 2-17 to 0-11.
Tyrone took the field with a Plan A – massed defence – and stuck with the plan even when they were being beaten out the gate. Don’t expect a repeat on Sunday.
Last season’s hammering should be educational for the challengers on a number of fronts. They’ve seen the blue beast up close, so at least they won’t be venturing into the unknown. Harte has had 12 months to devise a way of combatting Gavin’s panzer division. And Tyrone have had nine outings this summer, meaning they’re tempered.
As they won’t win coming from behind, expect the underdogs to come out with guns blazing in an effort to build up a lead. Yet if they succeed on that count they cannot afford to be too negative thereafter. They’ll have to keep a couple of men inside the last 50 metres of the field and thereby keep the opposition defence occupied.
Dublin have been so expansive in the 2018 championship, winning matches by more than they usually do, that one wonders if they’re consciously attempting to make a statement. It would be no surprise if so.
Last year and the year before they won the final by a point against Mayo, on both occasions making a big thing of putting the game to sleep in the closing stages. Grand, but great champions win All-Ireland finals in great style. We’re entitled to expect a little more from Dublin in that department.
So: the holders to put on a show and win as they like? Or the challengers to outfox them tactically and, if not bring off an upset, then at least give them a run for their money?
Haven’t a clue. But can’t wait to see.