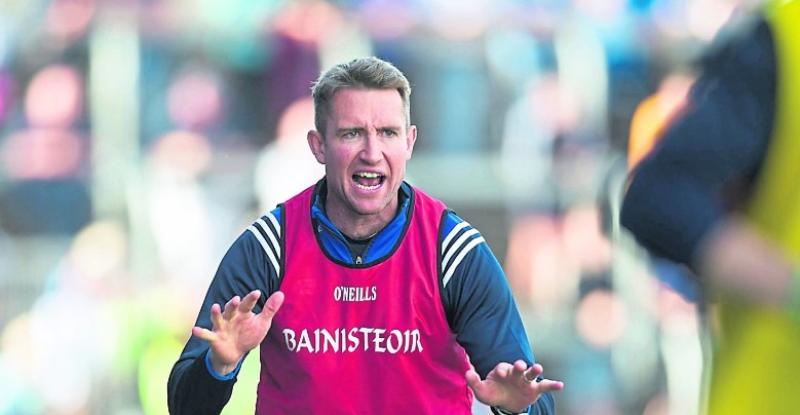 An auspicious few days for the Men Who Would, or at any rate Who Might Be King.

“This is Kilkenny’s most important match this summer,” I babbled to anyone who’d listen last week. I wasn’t talking about next Sunday in Croke Park.
I was talking about last Thursday in Tullamore.
All was well that ended well. DJ Carey’s under-20s saw off Galway more convincingly than the scoreboard suggested and suddenly the season opened up before them.
A Leinster final to win and, even more importantly, an All-Ireland series to contest. It’s about time Kilkenny reached a final in the grade.
It’s long since time (2008) they won one.
These guys ought to go close. They started badly in Tullamore, losing their opening five puckouts. Corrective action was taken.
Dean Mason went short with the next puckout and kept them short up to half-time. Kilkenny proceeded to mix it up, going long and short and occasionally even across the field, and after 10 minutes it was evident that if they got enough ball into the full-forward line they’d win.
Midway through the second half they put the issue beyond doubt. Anyone who’d watched Eoin Cody with St Kieran’s College and Ballyhale Shamrocks during the spring knew what he was capable of.
Here he underlined his good press by scoring the ultimate Cody – Brian Cody, that is – goal.
It was a goal that could have been scored by Henry Shefflin or Eddie Brennan or Richie Power, and indeed was scored by these gentlemen over and over again.
There was the self-sufficiency: Cody won his own ball instead of needing someone to hand it on to him. There was the dummy. There was the wristwork.
There was the cleverness to place the sliotar instead of trying to burst the net and there was the savvy to put a bounce on it, thus making a potential save even harder for the goalie.
A plethora of subsequent, breeze-assisted wides, too many of them struck from distance, meant Kilkenny couldn’t clock off for the night as early as they might have. This should serve as a useful lesson to DJ’s lads.
For a team with the wind, the percentage play is to drop the ball into the full-forward line and let them carry on the work from there, whether by taking on their markers or by playing it back out to a runner from the half-forward line.
Keep the sliotar in play (one of Fr Tommy Maher’s maxims) and keep the pressure on the defence. Have a pop from distance by all means, but don’t stay having a pop from distance.
DJ will doubtless be reiterating this point over the coming weeks.
Three days after Tullamore another potential future Kilkenny manager franked his reputation when Laois – or “Eddie Brennan’s Laois”, as they seem to be better known - shocked Dublin. Two observations spring to mind.
Firstly, given both the limited pool of players available to him and the poisonous events of last year’s county final, for Brennan to have won the Joe McDonagh Cup and overseen the humbling of Dublin constitutes an achievement of a lofty order.
Secondly, given that Laois beat a team who drew with Wexford, who in turn beat Kilkenny, what does it say about the standard of this year’s Leinster championship, vastly entertaining as the competition was? Nothing very flattering, I’d suggest.
Finally, let’s not forget Richie Mulrooney. He won’t be the next Kilkenny manager and at this hour of his life he surely doesn’t want to be.
But he’s led a group of under-17s unburdened by any great expectations to the verge of an All-Ireland semi-final. That’s fair going too.
After the double disappointment of Croke Park last Sunday week, Kilkenny hurling needed a boost. Thanks to the efforts of Mulrooney, Brennan (vicariously) and DJ, it got one.