The heroes of '67 changed things for the better for Kilkenny 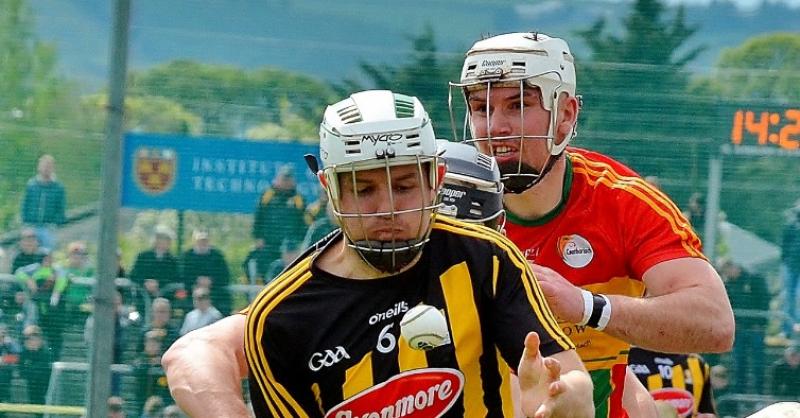 Padraig Walsh has been top class at centre-back for Kilkenny

There was a time in history when hurling was a different game to what we see and enjoy today but even then All-Ireland senior finalists, Kilkenny and Tipperary were regarded as being part of the elite.
However, if you want to go back to the very beginning when Kilkenny won their first All-Ireland title in 1904 you could argue that the Cats were slow starters.
By that time Tipperary had six All-Irelands (1887, 1895 1896, 1898, 1899 and 1900) in the bag, as did Cork (1890, 1892, 1893, 1894, 1902 and 1903).
By any standards the Noresiders have done very well not only to get to the head the Roll of Honour with 36 MacCarthy Cup wins, leading Cork (30) and Tipperary (27), but to get so far ahead.
On Sunday week Croke Park will rock to the cheers of Kilkenny and Tipperary fans in what will be the counties 21st meeting in the All-Ireland final.
Tipp lead the way in the series with 11 victories against Kilkenny’s eight, and there was one draw.
That is the overall picture.
Draw a line
However, if you draw a line in history and place the beginning of current hurling times at 1999 when Brian Cody took over as manager of Kilkenny, then the picture and outlook change slightly in terms of the championship and dramatically in terms of the National League.
The counties have met five times - there was a draw in 2014 - in All-Ireland finals during what people loosely term the ‘Cody Era’. In this sequence the Cats lead the series 3-2, having won the finals of 2009, 2011 and 2014.
The Tipp wins were in 2010, when their current manager Liam Sheedy was in charge, and 2016, when Michael Ryan was at the helm.
Currently the big stats from Cody’s reign show 11 MacCarthy Cup wins and nine in the National League. Five of the latter successes have been against Tipperary - 2003, 2009, 2013, 2014 and 2018 - which is a 100% strike rate.
Of course, the League and Championship are very different competitions, with the latter now an annual blockbuster in terms of the expansive and massive media coverage it attracts.
Old reliables
Games are reviewed as never before; the number of short puck-outs, long puck-out, balls won in the air, possession percentages on top of the old reliables like the number of frees and wides both sides register, and so on and so on.
Tipp and Kilkenny are still the headline act when they meet, never mind in the All-Ireland final, but hurling in general, it has to be said, got a massive lift last year and the year before when Limerick and Galway took charge of ‘Liam’ after two campaigns that earned rave reviews.
Younger fans may not know it, but there was a time when Tipperary were reckoned to have-the-power over Kilkenny in the championship.
Those were the days of a straight knock-out championship, when, if you lost a game in any of the provincial competitions you were gone for the year.
There was no back door, or side window either!
If you read the history of finals between the counties, the All-Ireland of 1967 will jump out at you in terms of significance. Kilkenny won it by 3-8 to 2-7; a change from the big scores of the five finals mentioned above when the lowest score registered by either side was 1-16 (Tipp in 2011) and the highest was 2-29 (Tipp in 2016).
You won’t read about ’67 without coming across a reference to Kilkenny ending the 45 year bogey of defeat by Tipperary in the championship.
That was a powerful win, by all accounts, when giants of the game like Ollie Walsh, Ted Carroll, Pa Dillon, Pat Henderson, Eddie Keher, Seamus Cleere et al wore the famous stripey shirt.
It must be pointed out that in that 45 year period the counties met on only five occasions in the championship; Tipp winning the All-Ireland finals of 1937, 1945, 1950 and 1964 while they also dominated in the semi-final of 1958.
Still, that 1967 win was a huge achievement in all sorts of ways for Kilkenny. It could be argued it changed the mindset for ever more in this county.
It there ever was a thing about Tipperary, among fans, among players, anywhere, the men of ’67 banished it.
Certainly the men who followed embraced the spirit of those winners of the county’s 16th MacCarthy Cup. There have been 20 All-Ireland final victories since, and the path in the ‘Cody Era’ has been lined with gold.
Kilkenny’s appearance in the All-Ireland final may not have been expected. They had a poor National League, albeit without the very valuable contingent from the Ballyhale Shamrocks, who were chasing their dream in the club All-Ireland championship, which finished in victory in Croke Park.
Galway missed cut
Four games ago, when it came to decision time in the Round Robin series in Leinster, it was anyone’s guess who might miss the cut for the All-Ireland series. Galway, the All-Ireland champions of 2017 and finalists last season, were eliminated.
Kilkenny have grown hugely as a team since, and gained massive momentum. They will march on Croke Park on Sunday week full of hope, and having no fear.
This final between the greatest of rivals promises a lot.
In 2016, the last meeting in the final between the pair, Tipperary had a clever game plan to stretch the opposing defence. They dug out 31 scores on the way to victory.
Another day brings another challenge. Kilkenny delivered a thunderous knock-out blow to then mighty champions, Limerick, the weekend before last.
That effort, and the earlier one against Cork, suggested anything was possible. It is you know!
For the record, the Kilkenny team of 1967 was - Ollie Walsh; Ted Carroll, Pa Dillon, Jim Treacy (capt); Seamus Cleere, Pat Henderson, Martin Coogan; Paddy Moran, John Teehan; Eddie Keher, Tom Walsh (Thomastown), Claus Dunne; Jim Bennett, Jim Lynch, Martin ‘Goggy’ Brennan.
Subs - Pat Carroll, John Kinsella, Dick Blanchfield, Noel Skehan, Cha Whelan, Frank Cummins, Patsy Foley.