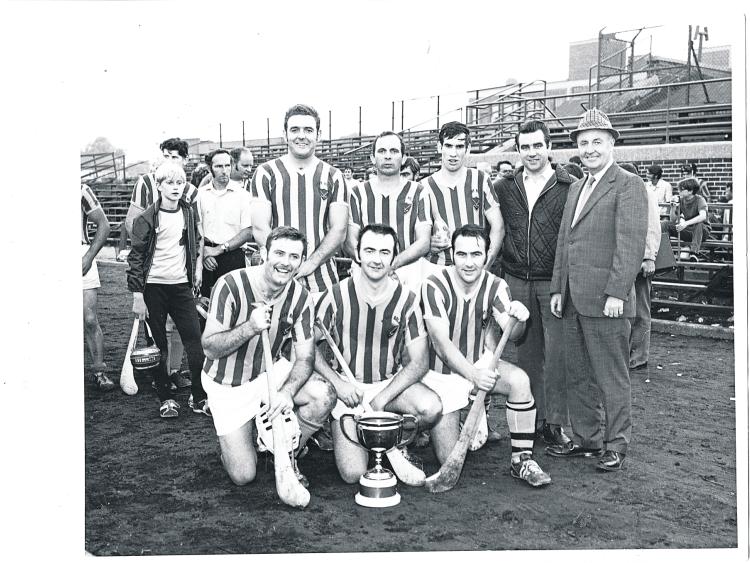 Pictured are six Kilkenny hurlers, members of the 1971 Chicago Harry Bolands team who won the American League.
The local contingent - John and Liam O’Brien, Alex and Tom McGrath, Mick Crotty and Geoff Butler - were hailed for their efforts in the final, playing no small part in their team’s success.
Alex McGrath was centre-back on the Kilkenny minor team in 1959/60. Liam O’Brien was a minor in 1957 while John O’Brien was a minor in 1960/61. Tom McGrath lined out for the county minor footballers while Geoff Butler would go on to be chairman of the American Board for five years. Mick Crotty would go on to win club and county All-Irelands with James Stephens and Kilkenny.
Back row (from left:) Tom McGrath, Piltown; Geoff Butler, Windgap; Mick Crotty, Kilkenny City; Mike Scanlon, chairman of the Chicago Co Board; Pat Hennessy.
Front row: Alex McGrath, Piltown; Liam O’Brien, Goresbridge; John O’Brien, Goresbridge.