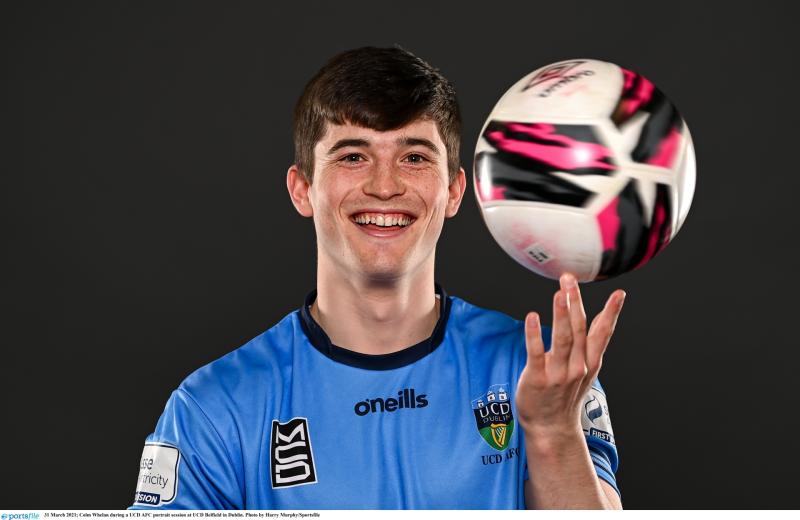 The Thomastown native was named the winner of the Dr Tony O’Neill Sportsperson of the Year award at the UCD Sports Awards.

The Bank of Ireland UCD Athletic Union Council (AUC) Sports Awards were announced last night on the UCD Sport social media platforms. While Covid 19 restrictions meant it wasn't possible to hold the usual gala dinner, the AUC decided that it was important to say thank you and recognise the UCD sports men and women from clubs who, through their achievements, have brought prestige and honour to their clubs and to the University this year.

The awards were announced by former hockey scholar and Senior Irish Ladies Hockey Captain Katie Mullan, who is just days away from competing at the Olympics with the Irish hockey team.

The award caps an exceptional year for Whelan, who followed up on a string of impressive performances in the League of Ireland with the UCD men's team by earning a call-up to the Ireland Under-21 international squad.