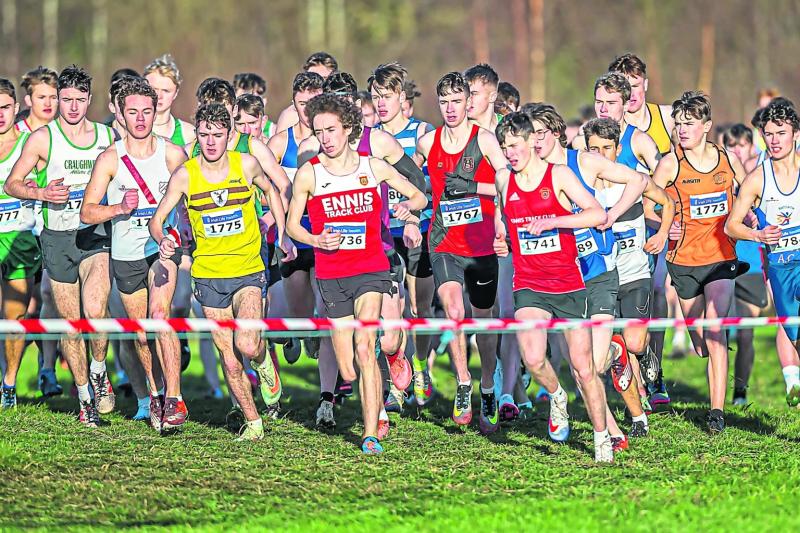 The All-Ireland cross-country championships proved a popular event, with bumper crowds competing in - and watching - the action in Gowran

There was some good news for Cathal O’Reilly as he was called up for national duty ahead of the European Cross-Country Championships.

As last weekend loomed, the Kilkenny City Harriers (KCH) athlete was preparing for the All-Ireland juvenile cross-country championships, which were being held in Gowran. On Saturday evening he had his gear all packed for Sunday’s race, but a call from Athletics Ireland changed his plans. Cian McPhillips, who had won the European junior 1,500m earlier this year, was injured and out of action. As first reserve Cathal would now be running in his place.

A quick change of plans meant that he would now be doing a long Sunday morning run instead of racing the All-Ireland under-19 cross-country, an event he stood a great chance of winning. Having been disappointed at not making the selection first time around at the junior All-Irelands, he will now take his place in the team for Sunday’s race in Dublin.

It was a day of mixed emotions and results at the All-Ireland uneven age cross-country championships. The event was held in Gowran, which made a welcome change from the early morning start local athletes are normally accustomed to.
Kilkenny did well at the Leinster Championships in Avondale.

Individuals who had made the Leinster team, clubs that qualified and some county teams too. In total there were over 60 athletes taking part in these All-Irelands. The course was in pristine condition - host club Gowran did an excellent job preparing things - with excellent underfoot conditions making for fast racing.

Although the medal haul was down on what was expected athletes did their best and there were some fantastic performances.
The boys’ under-11 county team went into the All-Irelands as Leinster champions, with Kilkenny taking the top three individual honours and KCH winning the club title.

Aaron Carrigan (Gowran) was Leinster champion and from the gun, he was running with the leading pack. This was probably a little too fast a start and he faded in the latter half of the race, leaving the mantle to the fast finishing Daire O'Flaherty (KCH), who was the first Kilkenny athlete home in 16th place. 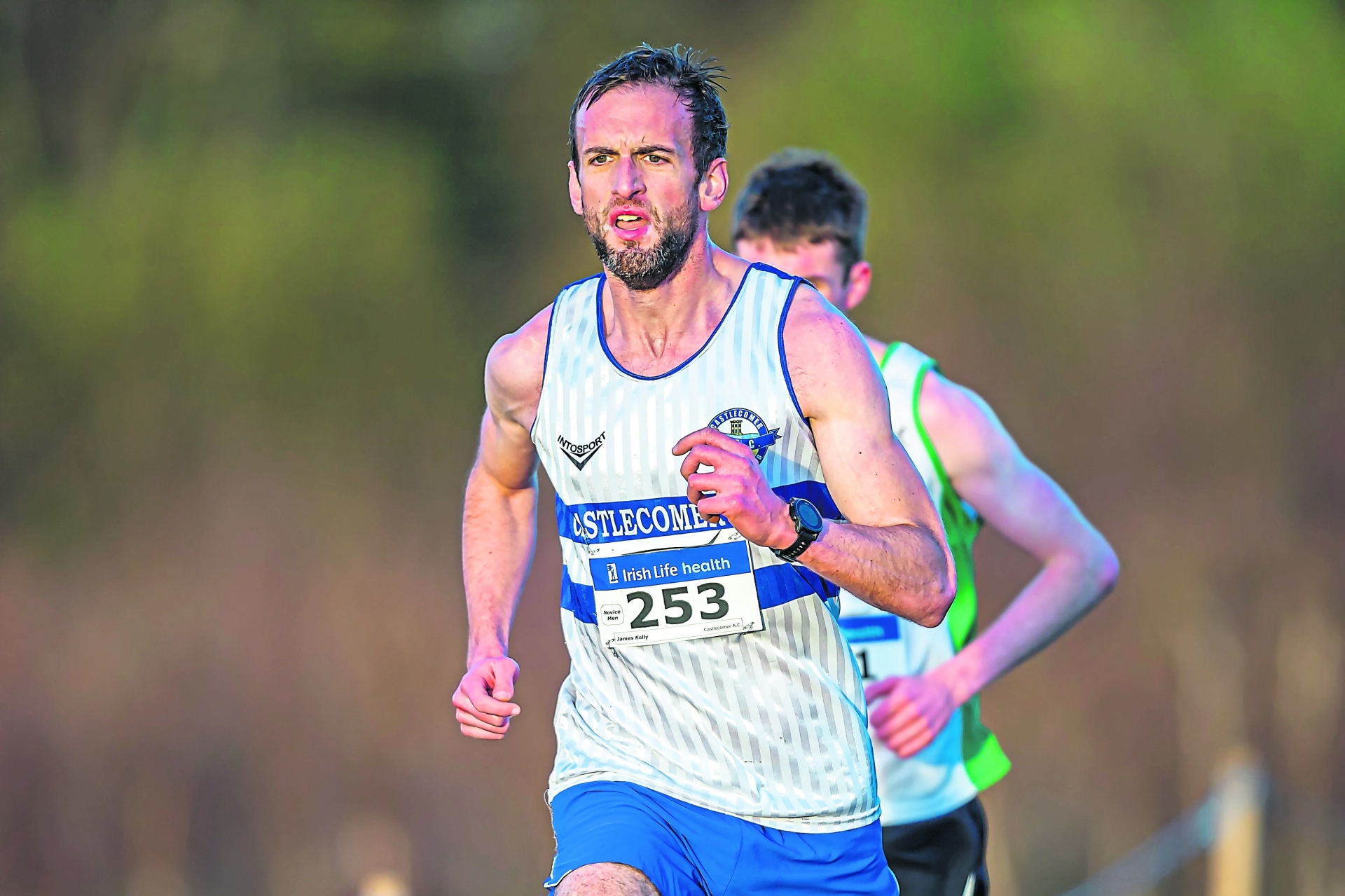 O’Flaherty ran well, starting a little slower than he normally would, and getting boxed in around some tighter parts of the path. He moved well through the pack for the latter part of the race to be just four places off an individual medal. His high positioning earned him a bronze medal as part of the Leinster team who were third.

There were no medals for either the county team or the KCH club team. These athletes are very young with great talent - there will be medals around those necks in years to come.

The girls’ under-11 race had a county team. For all of these athletes, they were facing their first All-Ireland championships.

Taking part with a very young team was fantastic for the girls. They will gain much from this and come back stronger next year.

The boys’ under-13 county team won the Leinster championships in Avondale two weeks ago. And Gowran AC had a strong club team. While none of the boys managed individual medals this time around, two of the boys took home bronze medals as part of the Leinster team that finished third.

Conor Carroll and Robert Coogan finished 15th and 16th respectively and scored on the Leinster team. Kilkenny finished fifth team, with Hugo Tierney of Barrow Harriers the county’s third man home in 41st place, having run his best race ever.

Gowran finished fourth in the club section having scored the same points as the third placed club Moy Valley of Mayo. In situations like this, the decision is based on the last man home - Gowran had the last man home and thus lost out. If clubs can manage to keep this bunch of athletes going over the next few years, the county will have some great athletic prospects here.
Two years ago, the girls’ under-13s, as an under-11 team, won all around them.

Winning county, with Thomastown and KCH getting club medals. The girls ran well last Sunday but did not bring home any silverware this time around. There were over 200 athletes in the race last Sunday, making for a packed starting line and equally packed running path. Such sheer numbers were, of course, a little intimidating for some of the athletes.

The county’s under-15 girls were very unlucky. Charlotte Carpendale (St Senan’s) was in flying form, winning the Leinsters, but she sustained an injury during that race that will cause her to miss the remainder of the year. Eve Dunphy (St Senan’s) was the first of the county athletes home. Eve was somewhat unlucky as she lost out on Leinster bronze by just one place.

Isabella Burke (KCH) had a great run in the girls’ under-17 race, achieving her highest ever placing of 24th. There was no county team from Kilkenny in this race.

Billy Coogan (Gowran) had another good run, taking an individual medal when he finished ninth while David Williams (St Senan’s) was a little unlucky not to medal. With just 150m gone in the race, an athlete in front of David slipped and took David down with him.

In the process his leg was trodden on by another athlete and David sustained some nasty wounds. Tough as nails, he got himself up from the ground and raced ahead, but there was too much ground to make up. His 13th place finish, just one off an individual medal, was highly commendable. There was consolation as both David and Billy scored on the Leinster team that won gold. The county was rather unfortunate to lose out on a medal by just nine points. 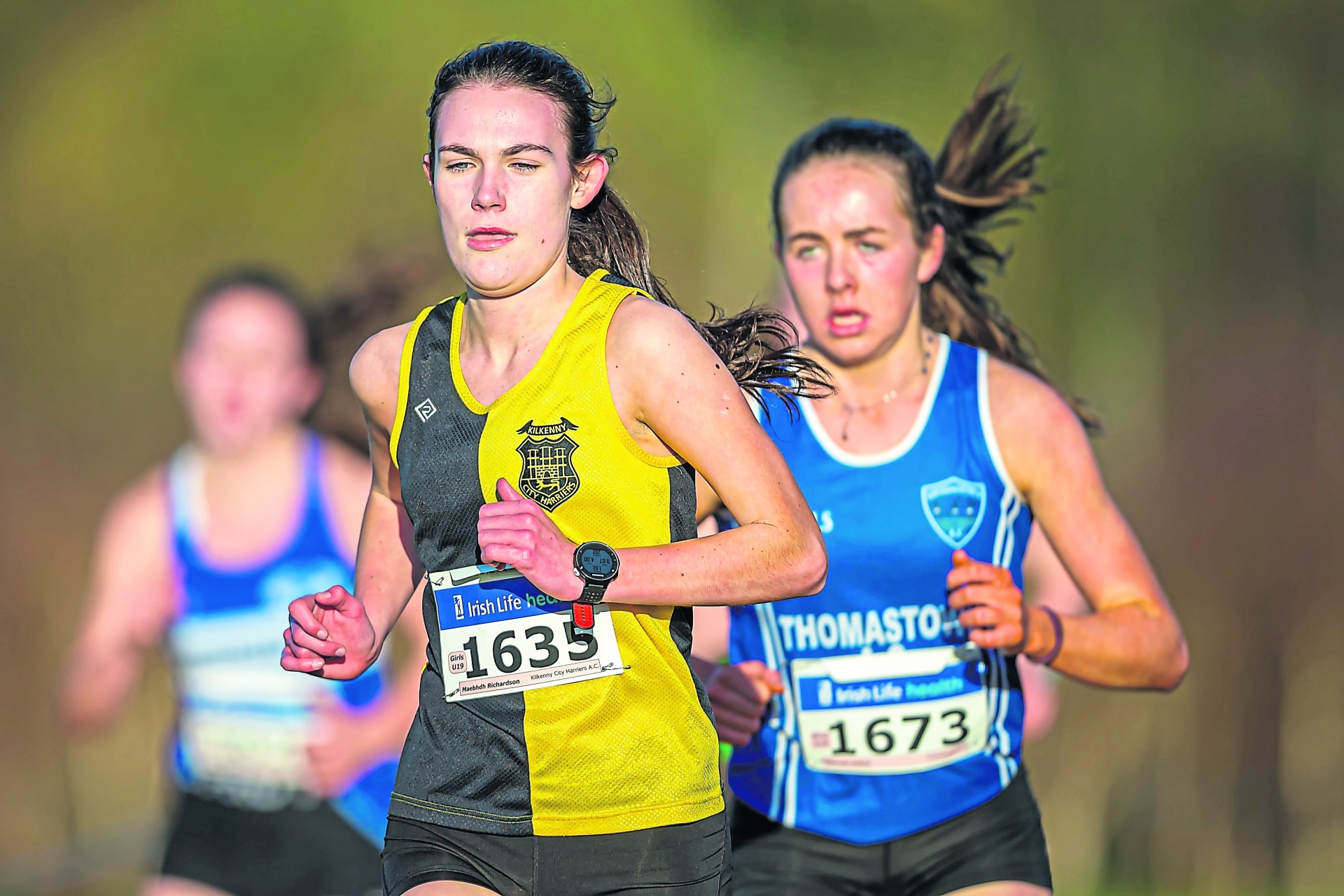 There was great news to come from the girls’ under-19 race, where the county finished third with Thomastown also getting third club. Some great running by Hannah Kehoe who finished eighth and Meabh Richardson (KCH) who finished 10th. This was Meabh’s first All-Ireland medal - it means all four Richardson sisters have won All-Ireland medals, a unique achievement in itself.

Another achievement worth mentioning from the same race, was from Thomastown. This team has managed to gain a top three spot in the club medals every year since under-11. While the composition of the team has changed from year to year, Hannah O’Keeffe and Aine Kirwan have remained a constant.

With Cathal O’Reilly now part of the Irish Team for the European cross-country, Kilkenny’s representation in the boys’ under-19 race was in the form of two Gowran athletes. Both did well but did not feather in the medals.

One of the attractions is of course the shorter race lengths - it is only 4km compared to the senior race of 8km for women. For the men, the novice is run over 6km with the 10km being the All-Ireland senior men standard.

The women’s race was won by Evanen McLoughlin of Sligo with Liam Harris of Togher winning the men’s. The Kilkenny team finished 10th and were led home by Aoife Allen (St Senan’s) in 45th place. The men’s race was a rather exciting affair with the last lap being the decider.