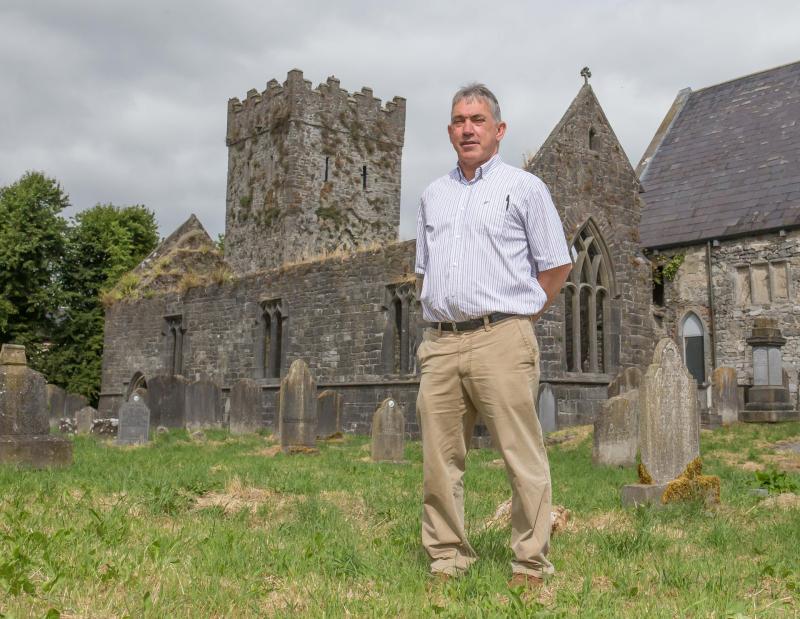 A long-serving south Kilkenny councillor has been elected chairman of the Callan Thomastown Municipal District for the first time.

Cllr Matt Doran, Fianna Fail councillor from Kilmoganny, was unanimously elected by his colleagues at the body’s annual general meeting.
He takes over the role from Fine Gael Cllr Michael Doyle.
The new vice-chair of Callan Thomastown is Cllr Peter ‘Chap’ Cleere.

Cllr Doyle thanked his fellow councillors and the council staff for their cooperation during the past year, when times were difficult with Covid and online council meetings.
Cllr Joe Lyons wished Cllr Doran the best for the year and said he had no doubt he would do a good job for the whole Callan Thomastown area. He thanked Cllr Doyle for his cooperation over the last 12 months which, he said, is what it’s all about.

Director of Services Mary Mulholland said it had been a productive year and the Callan Thomastown area has benefited a lot from community funding. It’s a vibrant municipal district and this group of councillors was good at helping people bring projects forward, she said.
Ms Mulholland had a word of thanks for Fiona Deegan who has moved to a new county council position having served as meeting administrator in Callan Thomastown in recent years.

Significant painting of Castlecomer pre 1798 is unveiled at Discovery Park