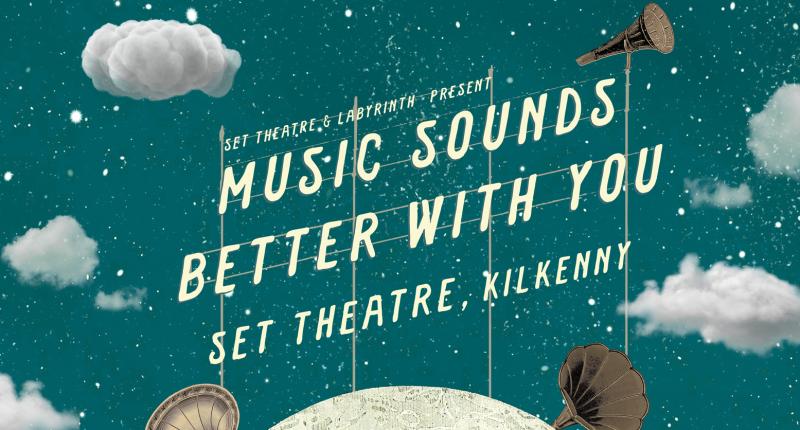 Set Theatre Kilkenny’s much-acclaimed ‘Music Sounds Better With You’ series continues throughout September with a fresh series of live gigs from some of Ireland’s most adept and emerging artists, with some local talent in the mix too!

Time to get the runners on - parkrun is on its way back to Kilkenny!

September 2
Galway artist Niamh Regan has long been lauded as one of Ireland’s most promising folk talents.
Comparisons with contemporary artists such as Laura Marling, Lisa Hannigan, This Is The Kit and Sarah Jarosz have popped up regularly in the UK and Irish press.

September 12
Something Happens were the proto-typical Irish indie guitar band of the '80s and were compared to everyone from REM to The Smiths. Though they no longer record new material, they know how to make the most out of every live performance space they play.

September 14
Saint Sister are an Irish traditional duo, whose music is sometimes described as ‘atmosfolk’.
Built around mesmerising close-knit vocal harmonies, electro-acoustic harp and synthesisers, sonically they have been likened to Enya, Lisa Hannigan, Cocteau Twins.

September 16
The Wha are a local and from Kilkenny composed of Finn Cusack, Sam Cullen, Marek The Lech and Abe G Harris.
The Wha’s attachment to their hometown endures and that much is evident in their video for ‘Innocents’, filmed here. “Growing up in Kilkenny has its ups and downs,” the band are quoted as saying.
“It’s a small city, you can’t really run away from anything. I think lots of young people here get to the point where they want to leave, whether it’s for two years or forever. It is a fun town to grow up in. Some nice spots, some nice pubs. It’s easy to waste time here.”
This is an indie-rock band that draws from tradition and make it their own. They have been tipped for big things and definitely worth the admission fee.

September 17
Irish band Wild Youth merge elements of rock, R&B, and boyband harmonies to their exuberant brand of pop.
Their 2019 single ‘The Last Goodbye’ went down a treat and flew up the charts.

September 19
During the early nineties, the biggest Irish band in the world was U2 but in Ireland it was The Stunning.
In the seven years they were initially together, they toured relentlessly building up a following that would make them one of the most successful Irish bands ever.

September 23
MuRli Bo is a rapper, producer and songwriter from Limerick. He has been building his story-telling abilities and charismatic stage presence for some time now and has been recognised for releasing some the most forward thinking and collaborative Hip-Hop to come out of Ireland in the last decade.

TICKET DETAILS
This series has been made possible with the support of the Department of Tourism, Culture, Arts, Gaeltacht, Sport and Media.
Tickets are on sale now for the first three shows and from this Thursday, September 2 for the rest.

Property: Tour this 2-bed apartment with a view in Kilkenny city - click for more!