James Stephens landed the Paddy Grace trophy with a fine display of fast first touch hurling but they were made earn their win by a hard working and well coached Erin’s Own.

Breslin was proving to be a live wire on the edge of the square he duly goaled with a speculative shot. Bill McDermott added one himself but Erin’s Own were not going to lie down and James Coogan scored a fine point from the resulting puck out to leave it 1-4 to 0-2.

The James Stephens team who were victorious over Erin’s Own in the final of the Roinn A Paddy Grace feile competition at UPMC Nowlan Park Picture: Willie Dempsey

Brophy fired over a free upon the resumption and the ’Comer men were more than a tad unlucky not to have scored more in this period before Breslin added a point to his tally in the 15th minute. The Village men’s dander was up at this stage and they saw out proceedings with two James McDermott points, one from a free.

Erin’s Own can take great solace in their performance and look best to challenge James Stephens in the championship with the talents of the Buggys, Conor Brophy, Bobby Brennan and James Coogan making them a real handful in Roinn A.
This was a good win for James Stephens who didn’t seem to have a weakness on the field and will be hard stopped at the National playoff in Semple Stadium & start the under-15 championship as huge favourites. 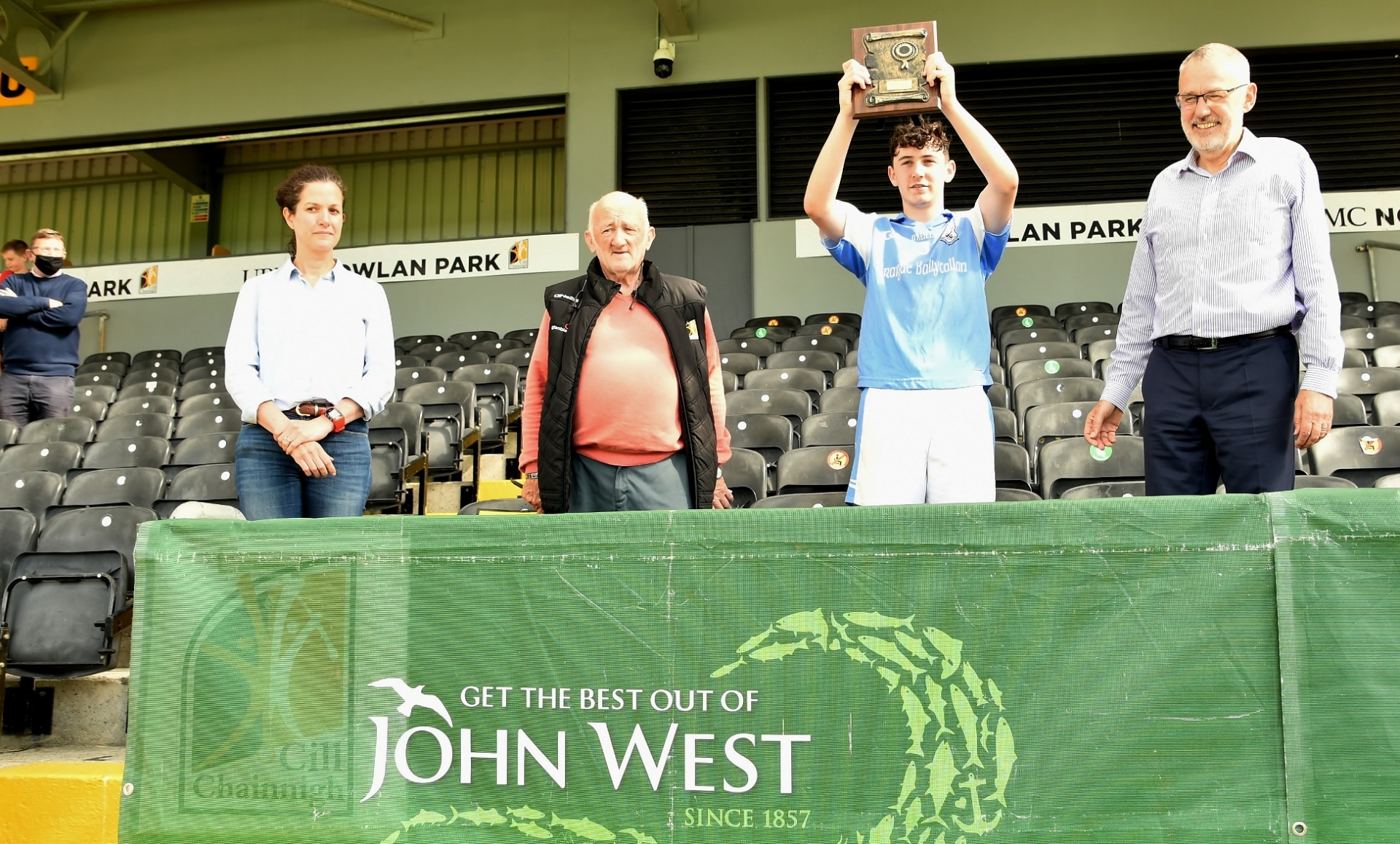 Don’t let the scoreline fool you - this game was in the melting pot until well into the second half when a Tony Butler goal set the Kilmanagh men on their way victory and a complete shut down by the Graigue Ballycallan full back line on a previously dangerous Rangers forward unit led by Aidan Comerford proved to be key.

Pat Purcell got Barrow Rangers off to the perfect start when he landed a monster free from inside his own 65.
The response was swift with Ben McEvoy pointing after the fourth minute before the lightening quick Cormac Neary entered proceedings scoring a fine point after a searing run. The corner forward added a converted free soon after. Robbie Tector set up Ben Young for a point soon after before Neary finished the scoring for the half with a fine pint from distance.
Rangers peppered the goal at the start of the half but Butler struck a real sucker punch soon after when he sent a rasper of a shot to the roof of the net.

The Paulstown outfit responded with a fine score by Niall Carpenter after a good save from Sean McGrath and Patrick Wade added a free soon after.

Wade and Eoghan Cahill swapped points before Cahill sent Ben Young through and he sent the green flag waving, giving Seamus Brennan no chance.
Barrow Rangers fought to the bitter end but were unlucky to come up against such a well drilled Graigue Ballycallan in what was a very high standard Roinn B final.

Along with the already mentioned Comerford and Cormac Neary there was fine performances from Paidi Egan, Eoghan Cahill and Cillian Hoyne whilst best for the eventual losers were Pat Purcell, Patrick Wade and Niall Carpenter.

Elsewhere The division 3 Feile went the way of Emerlads after a fine display and the minor B league final was played on Monday where Graigue Ballycallan had too much class for St Martin’s and cantered to an impressive eight-point victory.
The Roinn A Minor hurling league final will take place tonight (Wednesday) as Dicksboro and Naas face off in the decider.