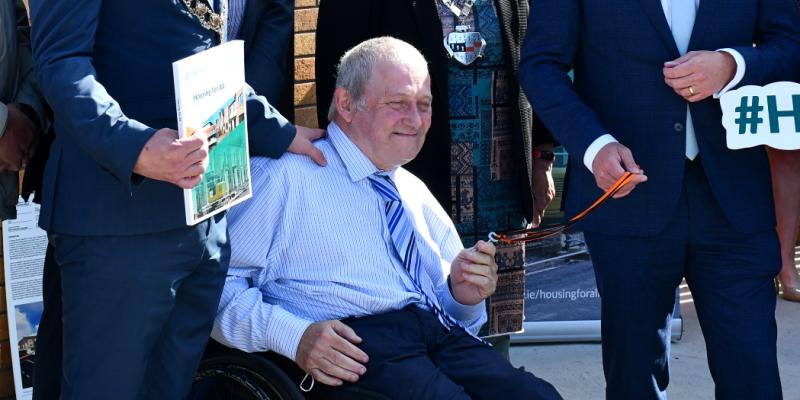 When Minister for Housing, Darragh O’Brien officially opened Pairc Nua, the new housing development in the city last week, he handed over a key to a very special new resident, Martin Costello.

Martin, who has cerebral palsy, was born at St Mullins on the Kilkenny/Carlow border but has always considered himself a true Kilkenny man.

He spent much of his childhood in St Mary’s Hospital, Baldoyle undergoing operations and treatment for his life-altering condition.

Martin left Baldoyle at the age of 16 and returned to his mother’s home in Graignamanagh, where he was determined to make the best of his life.

A keen eye for sport, Martin experimented with many sports before eventually honing in on javelin throwing and the shot put.

Determined to be the best he could be, Martin put in countless hours training, developing a disciplined lifestyle, perfecting his technique.

The result - it paid off.

Martin managed to secure a place on the Irish team for the 1988 Paralympics in Seoul, and bagged two gold medals at the Games. 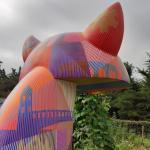 He returned home from Seoul a hero and received a wonderful reception back in his home of Graignamanagh.

Martin was also crowned an Irish champion on sixteen occasions.

The striking thing about Martin when you speak to him is his refreshing affability, kindness and good nature.

“Yes I’ve gone through a lot in life but I never got angry and took it out on anyone. I used it to better myself,” he told Kilkenny People.

“This house will be an incredible boost for me. It will allow me to be much more independent. I can come and go as I please.”