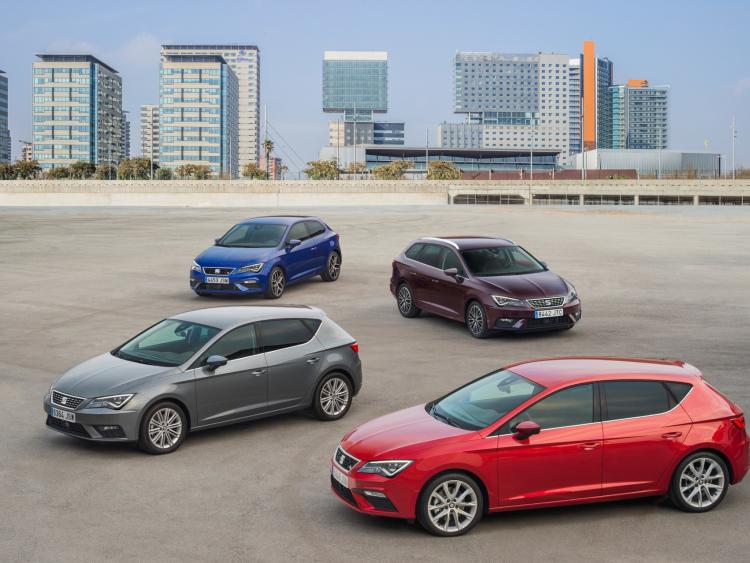 SEAT is continuing its product offensive with the launch of the new Leon, one of the three pillars of the brand.
One of the reasons for the Leon's success is its quality design. Now subtle changes have been made.
The front and rear have sharper, more assertive lines than the current model.
The intention has been to emphasise this sharp image, achieving with this update a more coherent Iook. It is noticeable especially in the new bumper design.
Stretched grille
Another goal was to increase the perceived size of the car, stretching the grille an extra 40mm in a richer chrome than would normally be found in a superior vehicle category.
The character has also been reinforced as much inside as outside in terms of quality. The new Leon is also quieter.
Inside the car, the ambient lighting LED’s intensity can be regulated as the driver wishes from the newly designed 8" screen that eliminates the need for many of the buttons and dials on the console of the current model.
The new SEAT Leon will be available in three existing body types - the 5-door, the 3-door Sports Coupe and the family ST (Sports Tourer).
Following the Ateca, it is now the Leon's turn to take on board the latest technological developments. Another added feature is the radar-controlled Adaptive Cruise Control system.
Safety paramount
The Pedestrian Protection System recognises vehicles as well as pedestrians that make sure safety is always paramount both in the city and on the motorway.
The new Leon also includes a new central console with Electric Parking Brake, Traffic Sign Recognition and the most advanced parking assist technology with both bay and parallel parking and high beam assist.
New engines
The new SEAT Leon is offered initially in four equipment lines.
The entry-level S, the SE and The new range of engines includes diesel and petrol variants.
The diesel range includes a new 1.6 TDI engine (115PS). The TDI engine range begins with the 1.6 litre 90 horsepower TDI up to the 2.0 litre 184 horsepower TDI.
ln terms of petrol engines, the SEAT Leon's power ranges from 110 to 125 horsepower.