All set in Kilkenny for busy Feile 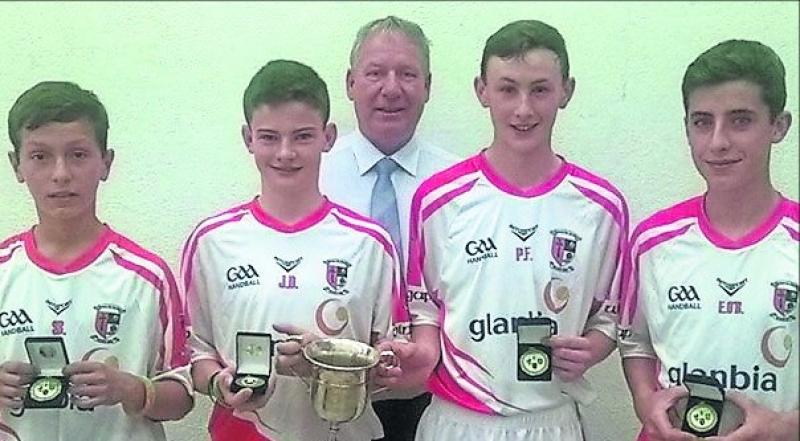 This weekend handball courts in Carlow and Wexford will be a hive of activity as the focus of Irish handball switches and they play host to the annual John West Feile -na-nGael competitions.
For many years this GAA juvenile festival of sport has included handball, hurling and camogie on the same weekend.
However, this year it has been decided to host the handball competitions on the weekend prior to the main event, and the other games.
The idea has worked a treat. The result of the change has been a record entry in all grades, in both boys and girls events.
On Saturday players from all over the country will descend on the sunny South East to take part in this prestigious tournament.
There are 34 teams entered in the boys 40x20 event, which is spread over six divisions.
At the same time the girls 40x20 event has 16 teams entered and they will be playing in three divisions.
Along with all of that, eight teams have entered the boys 60x30 competition, and six clubs have entered in the inaugural One Wall event.
Players will also have the opportunity to enter the special Skills competitions.
All in all, this should a wonderful weekend for juveniles who get the chance to participate in one of the most popular events on the GAA calender.
From a Kilkenny point of view, boys and girls from Windgap, Clogh, Kells, Galmoy and Kilfane will contest a number of grades.
Windgap are hoping to retain the 40x20 Division 1 title they won in 2016.
Hardball
There was misfortune for Shane Dunne in his All-Ireland intermediate hardball singles final against Keith Bourke (Dublin) when he had to retire injured in the third game.
Having shared the opening two sets, 10-21, 21-14, the final was in the balance in the deciding set when the Clogh player had to retire with a leg injury with the score at 4-12.
This completes Kilkenny’s interest in the 2017 championships, with the minor doubles title resting by the Nore for the next twelve months.
In the recent Leinster junior 60x 30 inter-club championship, the Kilfane team of Noel Holden, Willie Holden, Tom Dooley and Padraig Caulfield were beaten at the semi-final stage by Crinkle (Offaly) in a very close contest.
The Offaly team went on to claim the provincial crown when defeating Ballymitty (Wexford) in the Leinster final at Clogh.
On the local 60x30 scene, the Hal Clarke tournament is in full swing with group matches continuing at the Kilfane court over the next couple of weeks.