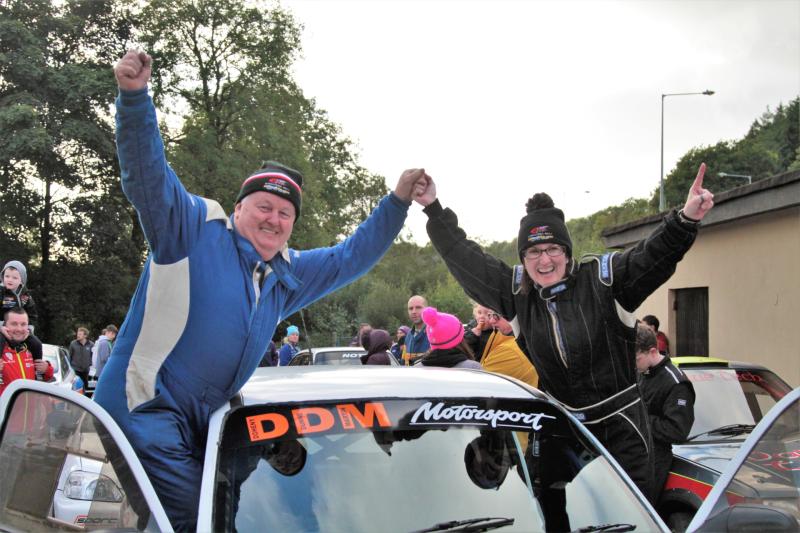 Kilkenny rally crew Pierce Doheny and Eilish Dunne hit the jackpot in the Suirway South East Rally championship.
Driving an Opel Corsa they won the Suirway South East Rally championship with a powerful display of driving in the Cork 20 International Rally.
Going in to this final event it was all up for grabs between three different crews. Pierce and Eilish had things far from easy, but they met every challenge put to them.
Day one was very tough. They had to contend with a minor crash at the end of the day, but all was put right thanks to the expertise of the team in the service area.
Challenge
Sunday morning, Day Two, the crew set out up for the challenge and they knew it was all to play for.
It was a tough battle all the way over the eight remaining stages.
It was nip and tuck between all three teams but at the day’s end Pierce and Eilish came out on top to be crowned champions.