Kilkenny final: rule nothing out in this season of hurling surprises 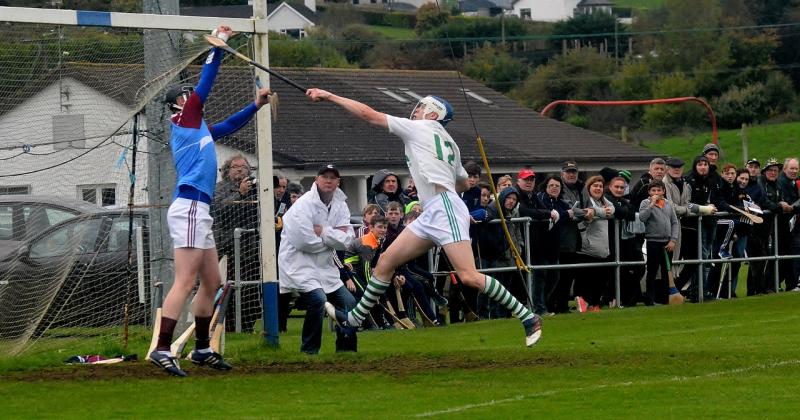 Here we are heading into the 124th instalment, and there is still something new. It is hard to believe, really.
Sunday’s Kilkenny senior hurling final at Nowlan Park between big winners Ballyhale Shamrocks and Bennettsbridge will be the first meeting in the showdown between the pair.
That is a bit unusual, seeing that they won the Walsh Cup 27 times between them, with Shamrocks the biggest winners with 15.
The ’Bridge haven’t been in the senior final since 1974. Their last win was in 1971, the year before the Shamrocks club was founded.
Shamrocks have one of the smallest picks in the county, if not the country, but yet they have harvested 15 Kilkenny titles, seven in Leinster and six All-Ireland club honours.
By any measure that is a remarkable haul, a fantastic compliment to club and players, and here they are chasing a crown they last wore in 2014.
Mention of hurling and the ’Bridge will generate fond and wonderful memories among a certain generation.
Great names abound - the Cleeres’, Treacys’, Skehan, Moran, McGovern, Bennett, Carroll and so on.
Mention of Shamrocks will spark similar feelings in a different generation. The great names are there too - the Fennellys’ (seven of them at times), Phleans’, Holohan, Walsh, Aylwards’, Masons’ et al.
So in terms of appeal we have the best of both hurling worlds with this final.
Bennettsbridge beat Shamrocks already this season, by 1-17 to 0-16 in Round 5 of the senior league. The ’Bridge needed and wanted more from the game than Shamrocks, and their full on attitude showed that.
“We got to the pitch of the game quicker than them that day,” offered Bennettsbridge manager, James McGrath, when asked about that result and its relevance to Sunday’s showdown.
“It means nothing now. We probably poked the bear in one sense, so very soon we will find out what the reaction will be.”
The ’Bridge will have a 14 day break since their fine semi-final win over Clara, and they report a clean bill of health.
“We have a lot to offer as a team,” the manager insisted, reminding that individually and as a group they had serious talent.
“There is a great team spirit there,” he continued.
“When you get to the county final it is all about on the day,” James added. “We are well prepared for the match. Everyone is looking forward to it.
“We are going to give it one helluva rattle. We have had a bit of luck along the way, and if we get a bit on county final day you never know.”
Shamrocks manager, Henry Shefflin, expressed concern about the quick turn around from Sunday’s close shave against Erin’s Own (Castlecomer) in the semi-final. With players nursing knocks, there wasn’t much time to recover.

“We got out of jail there,” he smiled when we spoke after Sunday’s semi-final. “We are delighted and very relieved to be in the final.
“Erin’s Own put in a massive shift, as they did throughout the championship. Credit to our players, they kept going.
“Even after we had a man sent off, who was really on his game, the lads played well and they never gave up. That is what you look for in a team; spirit and character to keep going despite the odds against you.”
He was delighted the players didn’t sit back and feel sorry for themselves. They picked themselves up off the floor and ground out as tough a win as has been recorded by any club this season.
Did the three weeks break since the brilliance of the quarter-final display against Dickboro blunt the edge?
“To be fair, Erin’s Own have been playing very well, and defensively they are very strong,’’ he replied.
“Even when we felt we were playing well in the first half the results weren’t showing on the scoreboard.”
Then he mentioned the “big concern”, the final coming up straight away.
He said he always felt that whoever won the second semi would be at a disadvantage because of the short break.
“We felt we were going very well all year,” he continued. “Look, you can’t beat tough championship battles. Erin’s Own showed that.
“Bennettsbridge have shown the same quality as ’Comer. I saw them in the semi-final and they played very well, running up a big score.
“It is going to be a massive challenge for us,” he insisted.
It is hard to measure or quantify the combined value of, for instance, a random pick of ’Bridge players like Enda Cleere, Robert Lennon, Liam Blanchfield, Sean and Enda Morrissey, Aidan and Nicky Cleere and measure them against a Shamrocks group including T.J. Reid, Michael Fennelly, Joey Holden, Colin Fennelly, Evan Shefflin, Darren Mullen and Ronan Corcoran.
There is not much in it no matter what way you add up the figures.
There is a drive in the ’Bridge this season not seen before. That drive has taken them from the brink of relegation 12 months ago to within 60 minutes of being crowned county champions.
That is some journey.
Shamrocks are the bookies favourites. They would have missed Adrian Mullen from their attack had the red card he was shown in last weekend's semi-final not been rescinded on appeal.
That attack limped a bit on Sunday as it tried to exploit the speed and strength of Colin Fennelly as a galloping full-forward. T.J. Reid was on an off day - he missed five frees - and probability would suggest that won’t happen again.
That has to be a plus, a big plus, bearing in mind the way he knocked around then champions, Dicksboro in the quarter-final.
But games can throw up anything - 2-5 for Sean Morrissey in the semi - and especially so in this year of hurling surprises.