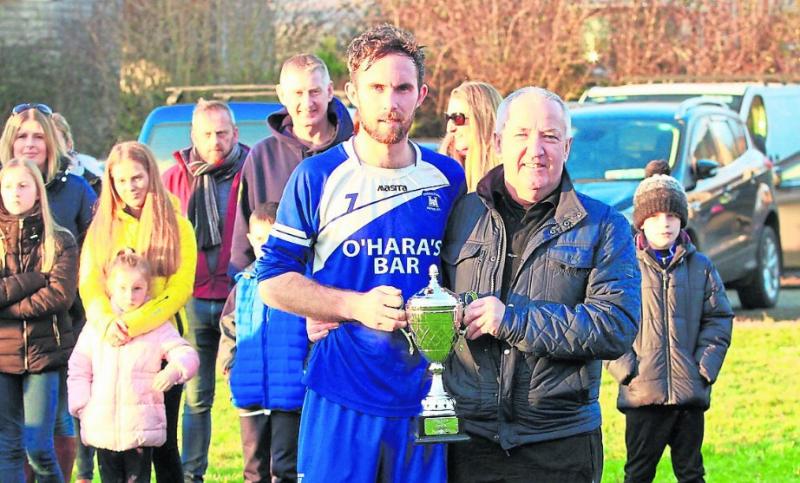 Two Kilkenny soccer teams showed it was more than a game when they came together recently to pay tribute to the memory of a departed friend.
Rivalries were forgotten as Ballyhale’s Southend United played host to Thomastown United in a friendly festive game.
The Eoin Doyle Memorial Match, to give it its full title, was played in honour of Eoin Doyle, who was killed in a motorcycle accident in early 2018. The game was a way for both clubs to help remember a man who had played for both sides over the years.
At the start of the game both teams were led on to the pitch by a piper. A minute’s silence was observed by all in attendance, before the piper played the national anthem.
The game was evenly contested throughout, with neither side able to break the deadlock before half-time. The stalemate continued until late into the second half, when Thomastown’s Jamie Wemyss grabbed what proved to be the only goal of the game.
Southend went on a late rally, and had Thomastown pinned back into their own box as they searched for the equaliser but the visitors held firm until the final whistle. Johnny Doyle, Eoin’s father, presented the Eoin Doyle Memorial Cup to Thomastown United’s Gary Mason before a great day was rounded off with a trip to Andy’s Bar for post-match refreshments.