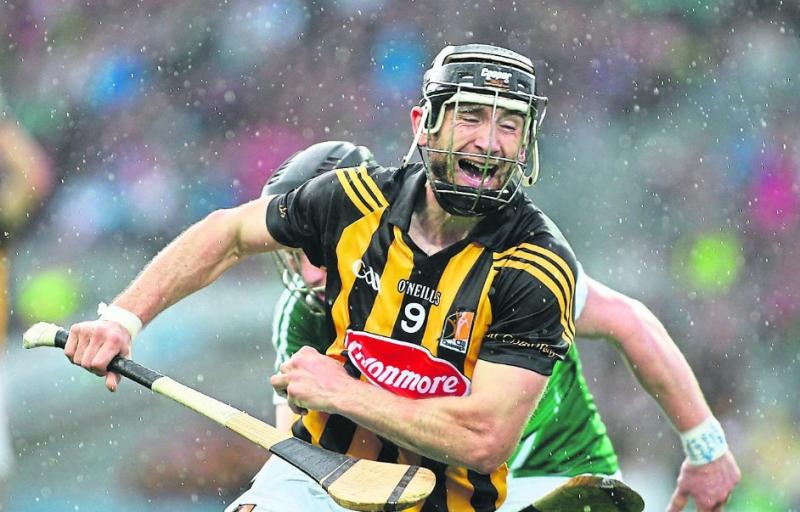 Conor Fogarty understands. He has seen life on both sides of the street, and while he has sympathy and always offers a helpful and understanding word to stricken colleagues, he knows he has to drive on.
“As players we just get on with things,” he offered when the cold question was posed: how are all in the Kilkenny training camp coping in the face of an avalanche of injuries that has added a serious degree of difficulty to the upcoming championship challenge.
The Erin’s Own (Castlecomer) clubman admitted he was feeling good now, fit and strong, and was looking forward to Saturday’s big opener against Dublin in Nowlan Park.
illness
However, 12 months ago when he was getting over an illness he was left filling the role of substitute rather than first team player when Kilkenny swung into championship action in Parnell Park.
He was ko’d by glandular fever at the start of the National League last year.
It took a while, a good while, for the illness to run through the body. It wasn’t until the latter part of the season that he began to look like the forceful ‘Action Man’ he can be at his best.
“I feel great now,” the 29-year-old chirped. “I had a much better start to the season. I was able to train consistently. I didn’t have that last year, but I am feeling good now. I am injury free. That is the main thing.
“I am happy where I am,” he added.
He knows from first hand experience that small things can knock back players big time at inter-county level. A small knock, injury or illness, can leave lads playing catch up, labouring uphill against the clock.
“Because of the calibre of player you are facing, if you are not right or close to your best or 100%, you will be under pressure if you are not right,” the four times All-Ireland medal winner explained.
“There is no room for being off, be it with an illness or injury.
“It is all part and parcel of the game. You get on with it. Players understand that unfortunately injuries happen. That doesn’t change our mind set.
“We are still training away, working as hard as we can, driving forward. It is up to management then to pick whatever team they think can do the job on any given day.
“You feel for the lads missing out, but you cannot let anything distract you. Inter-county hurling is serious business that requires maximum commitment, so your focus has to be right all the time.
“Of course you have concern for the lads. You meet up with them. They are good friends. You don’t like to see lads standing on the sideline or sitting in the stand when you know they want to be playing.
“If you have experienced injuries or illness yourself in the past you know the story. At the end of the day you park that. The players who are fit and healthy have to drive on. They have to try and get the job done.”
Kilkenny enter this championship in an unusual space, where few rate their chances in the Leinster or All-Ireland series.
“That is not something we think about, whether people rate us or not,” was the straight up reply from Fogarty.
“That is none or our concern. If they want to talk about other teams or whatever, let them. We won’t lose any sleep over it.
“I believe in Kilkenny. We just want to go out and perform, and with luck we can get the results we want.
“No game brings any guarantee for anyone. It doesn’t matter whether you are the underdog or whatever.
“Going into any match you have to believe you have a chance. You always have to back yourself, no matter who you are playing against.”
The weekend before last Kilkenny travelled away for a training camp, and Fogarty got a good vibe from the group.
“The mood is good,” he assured. “Since we came back in from the clubs the training has gone well. We are looking forward to the championship.
“We know we have a big job on our hands facing Dublin, who have been playing very well.
“It is not going to be easy, but you expect nothing less in the championship.”
This time last season Kilkenny had a close shave against Dublin in the championship in Parnell Park. It took a late Liam Blanchfield goal to earn them a lucky win.
“Dublin are a serious team, and they have been for years,” the ’Comer man insisted. “Last year was no great surprise. This year will be no different. Their performances in the League were hugely impressive.
Big job
“They showed up very well. We have a big job on our hands. The different divisions in the League mean nothing now.
“Galway and Limerick have shown that by winning the All-Ireland last year and the year before.
“All inter-county teams are strong at the moment. We don’t underestimate ourselves. Training has gone well.
“There is great competition there. Everyone is really going for it in the hope of getting a jersey.
“We are not looking any further than Dublin. It would be crazy to look beyond that. We have some big matches coming up. We will take them one by one and see where we end up.”
Kilkenny are always Kilkenny, he said as the tone of his voice hardened.
“We didn’t go well in the League. We are not going to get hung up on that.
“We will take the challenges one at a time. The ambition and drive are still there. We want to win, but we can’t look beyond Dublin,” he said when he signed off.