Kilkenny: it is time for the GAA to move on to a different set-up 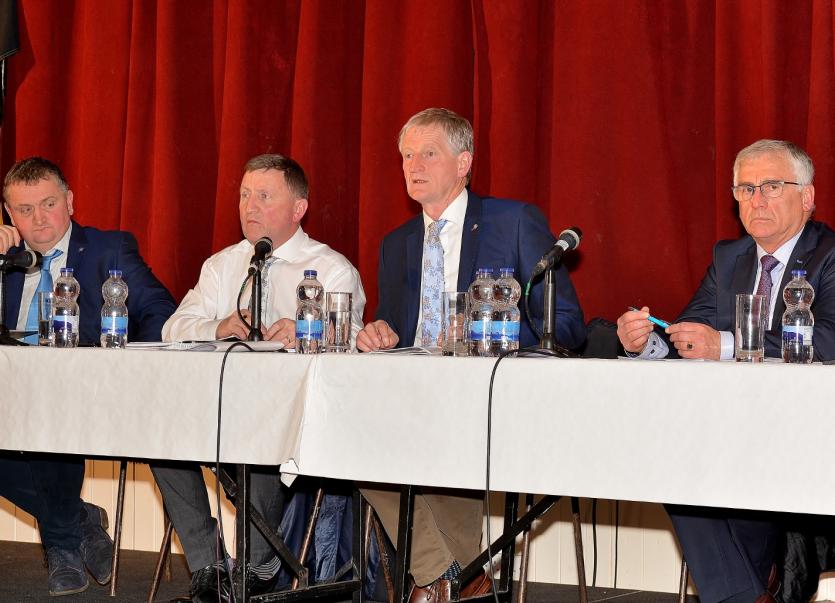 Tracey Kennedy couldn’t sleep the week before last. No great mystery why. She’s chairperson of the Cork County Board.
Tracey is chairperson of the Cork County Board and the Cork County Board are on the hook for a potential debt of €30m on the redeveloped Páirc Uí Chaoimh. Little wonder she couldn’t sleep. Or that, as she revealed, she “descended into self-pity”. Or that she mused if it would be better for her mental and physical health were she to step down as chairperson, not least because of the pressures of her day job.
It hardly needs to be added that Tracey Kennedy wasn’t being paid in return for this expenditure of mental anguish. Tracey — an engaging, highly competent and extremely well read lady (she’s an English teacher by profession and recently became a school principal) — is a volunteer and she doesn’t need the hassle. Nobody in the GAA who’s not being well remunerated does.
As we enter the third decade of the 21st Century, is the County Board format of an organisation founded in 1884 still fit for purpose?
The answer is simple and blunt. Clearly it’s not.
Look at the number of county boards who’ve got themselves in various kinds of trouble, for various reasons, over the past 12 months.
County Finances
Take Galway. Not one but two reports into the finances of a county where the board’s official credit card was allegedly employed for personal use, with officer expenses of €45,000, a debt of €390,000 to Croke Park for All-Ireland tickets and Supermac’s — who have ploughed nearly €1.6m into the GAA in Galway over the past five years — demanding transparency and accountability. Check this out for a withering line: “Have the players and management benefitted or has the county board benefitted?”
Take Clare, where the process of finding a new hurling manager collapsed into such farce that Anthony Daly, not a man to be overcome by the vapours, was move to write in his newspaper column: “A sham and an embarrassment from day one… In these situations the aim should always be to get the best man for the job, with the best backroom team, and not just to get the person favoured by the board executive… Complete mismanagement and lack of leadership from the board is just not good enough.”
Take, above all, Mayo and a saga of high pantomime. It’s no longer so amusing now that their main financial backer has threatened legal action against the County Board.
Yet we can hardly be astonished if county boards, staffed almost exclusively by volunteers, are overwhelmed by the wealth of duties incumbent on them.
This is 2019, not 1969. There are child protection responsibilities, Garda vetting requirements, financial obligations to be met, new sponsors to be sought and current sponsors to be appeased. Although Kilkenny’s seven-figure tie-up with UPMC is groundbreaking for the county, rest assured David Beirne will be taking care that his employers over in Pittsburgh get appropriate bang for their buck. They haven’t embarked on this venture for local kudos or out of patriotism.
All these things considered, then, the only surprise is not the number of county boards that have run into trouble but rather the number – ie the vast majority - that haven’t done so, despite the requirement to keep so many balls in the air simultaneously. The FAI provide an object lesson in what can go wrong with well meaning amateurs at the wheel.
All will change
In ten years’ time or so all will be changed. Utterly.
The Kilkenny County Board headed up by a full-time CEO. He or she will run the show, aided by office staff, with the remit subsuming the current roles of chairman, secretary and PRO. Instead of a treasurer there’ll be a financial controller, also full-time.
There may also be a commercial manager as there is in Wexford in the shape of Eanna Martin, a man of impeccable Rower-Inistioge lineage and the mastermind behind the county’s new sponsorship deal with Zurich Insurance.
Another crucial role of the not too distant future will be that of full-time games development supremo with responsibility for overseeing everything that happens on the playing fields of Kilkenny: skills development, coaching the coaches, choosing the various county team management set-ups and so on.
Croke Park will be pushing a prototype for a 21st Century county board sooner or later. The Kilkenny County Board shouldn’t wait to be pushed. The time to begin streamlining is now.