Long shares a smooth, smart slice of Americana with his sophomore single 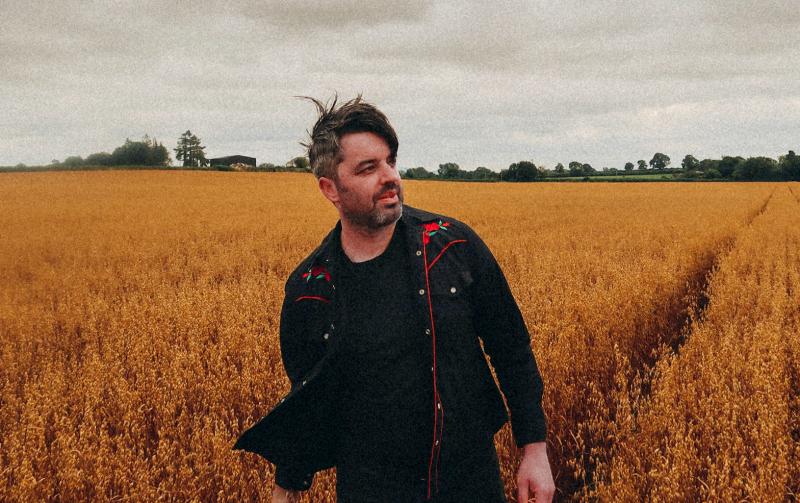 Nearly twenty years ago, Davey Long was given a book by his father.

‘Last Train to Memphis’ was written by Peter Guralnick, and it painted for Long an intimate picture of the life of the young artist.

Massive extension at Kilkenny school to include library, dining hall and host of new rooms

Years later, he is ready to share the song which the book inspired.

‘Last Train to Tupelo’ is the second single from Davey Long’s upcoming debut solo album Eitilt. The single goes on digital release on September 3, 2021 ahead of the album release in October 2021.

‘Last Train to Tupelo’ impressively straddles the genres of folk, rock, blues, country and Americana, and is evocative of artists from J.J. Cale and Jason Isbell, to Muscle Shoals and Eric Clapton.

The track is named after Elvis’ hometown, Tupelo. In Long’s words, “it’s a love song to Elvis, really.”

Fiery and energetic, the composition is laced with gorgeous guitars and hearty piano solos, while Long’s vocal performance is effortlessly infectious and feel-good.

In fact, the positivity of the track belies the drama in its lyrics, which make an appeal to the early Presley not to make the mistakes that will undo him.

Beautiful Kilkenny sunflower field raises funds for a great cause

See more info and pictures below

We hear of a young Elvis, who is led along a road through "Beale Street suits" and "pink automobiles", before going down to Hollywood, where he makes "all the B-movies, paid in blood".

Long ultimately insists that - despite the pressures placed on him from all sides - Elvis at heart is "just a country boy."

He places him touchingly on a Mississippi-bound train, headed back to his birthplace. A man returning to his youth; a star returning to boyhood anonymity and innocence.

Asked about what it is that resonates with him in Elvis' story, Long says, "Yeah - at a micro level, I do feel I can relate. He was led on paths that weren't artistically good for him, through Hollywood, and he had to fight to find his way back. And I feel he succeeded in that before he died. So yeah - I want to be artistically true to myself, just like I wanted that for Elvis, reading that book, seeing his story unfold."

‘Last Train to Tupelo’ was produced by Davey Long, with mixing and mastering by the late Martin O'Neill, and final work by Richard Dowling (WAV Mastering).

Davey will perform at the September Sounds Festival 2021 at Ballykeeffe Amphitheater, organised by Kilkenny County Council and The Watergate Theatre.  This performance will coincide with his debut album release.

Want the chance to show off your home in a bid to win the title?

Davey Long is a songwriter and a multi-instrumentalist who is well known in the Irish music scene.  He has appeared on several albums including Celtic Woman’s GRAMMY nominated Destiny, The Fundamentals Past and Present Collide, Edisons Little Bohemia, The Kilkennys The Colour Of Freedom, Emma Langford’s Sowing Acorns and The Barnets’ forthcoming LP.  Davey co-wrote On The Carousel for Drops Of Green and the song went on to win an ASLR Celtic Music Award.

As a member of The Kilkennys, Davey wrote for the band and toured extensively worldwide.  He has performed at many prestigious music festivals including Milwaukee Irish Fest, Zwarte Cross, Temple Bar Tradfest and Smithwicks Source in support of Bob Dylan.  Davey’s poetry has been shortlisted for the Kilkenny Arts Office 2021 Poetry Broadsheet.  His song Lampedusa has been featured by the charity OPEN ARMS in their social media campaigns highlighting the urgent migrant crisis in the Mediterranean.