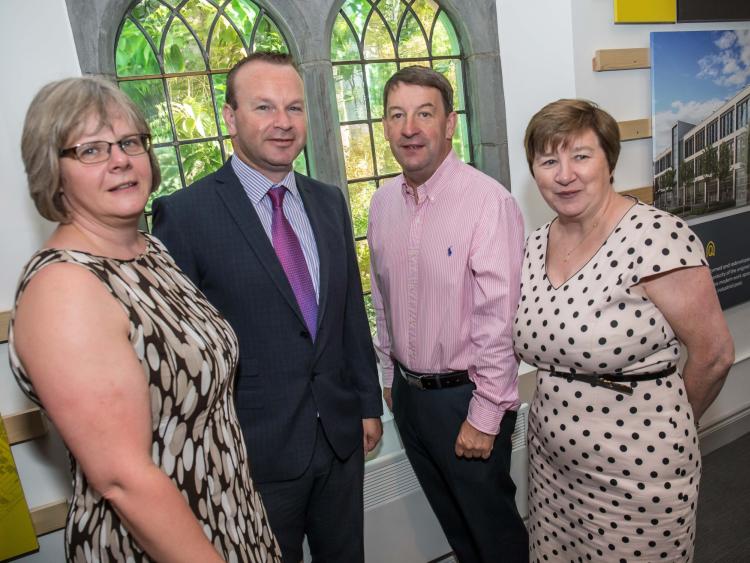 Acknowledging the ISIF partnership and investment for the Abbey Quarter as a ‘vote of confidence in Kilkenny’, Cathaoirleach of Kilkenny County Council Eamon Aylward said more support was needed from national Government, and bodies such as the IDA.

“Minister, it is evident that we in Kilkenny will play our role, but we do need support from national level,” he said, addressing the gathering, which included Minister Heather Humphreys, at the Abbey Quarter launch on Wednesday.

Cllr Aylward noted that the IDA Strategy, ‘Winning Foreign Direct Investment 2015-19’ says that an uplift of 30-40% in projects would deliver 44-48 projects in the south-east.

“In that context, I have to say it was more than a little disappointing to see a headline in our local paper in recent weeks, that in 2018 to date, Kilkenny has had no IDA itinerary. Despite the work of your staff, the stats speak for themselves,” he said.

“Kilkenny is a sporting county and we know that any game can be turned around and won in the second half. I am confident that with a redoubling of efforts for the second half of this year — and working together — we can win this game and meet the IDA’s target number of itineraries for Kilkenny."

Speaking later at the same event, Minister Humphreys said officials from the IDA were keen to find out more about the new Mayfair and Brewhouse buildings, and said she had no doubt they would be reminding potential investors Kilkenny is the closest city to Dublin.

The Minister said the Marble City is just 70 minutes from Dublin Airport, and was a place with access to a rich talent pool. She noted it had significantly lower business costs than Dublin.

"From 2013 to 2017, employment in multinational companies based in Kilkenny has increased by 26%," she said.

"So without a doubt, the city has huge amounts to offer the local, national and indeed international business communities. Not only in terms of talent and geography, Kilkenny is also renowned for its cultural offering."