A family tribute to The Late Michael O'Hanrahan, Dukesmeadows, Kilkenny 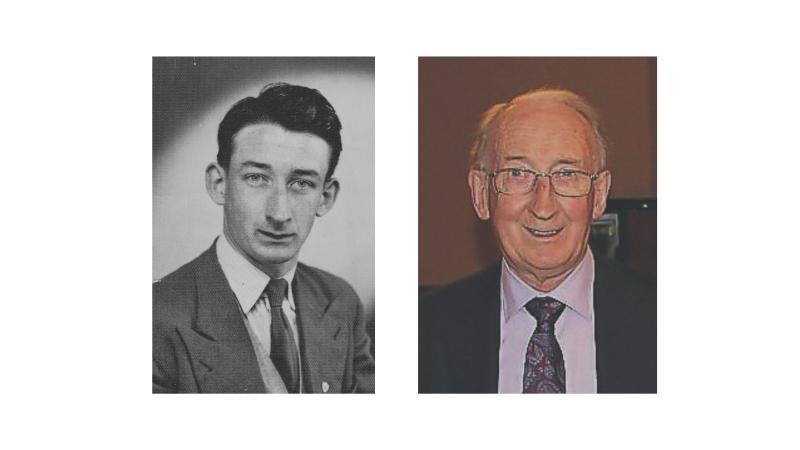 Our father, Michael, was born in Dublin on St Patrick’s Day, 1935 and spent most of his childhood in Terenure and Rathgar.

Although he started primary school in the Loreto in Crumlin he spent most of his school days in Synge Street CBS, where he took part in the debating society and was active in athletics.

He was an accomplished middle-distance runner but skipped out on a chance to qualify for the Olympics, choosing instead to play a game of tennis on the morning of the national trials.

His father was from Inistioge, so he spent most of his childhood summers with his Uncle Mikey, a veteran of the War of Independence, and those bonds with what he considered to be his ‘native’ Kilkenny would never weaken, despite spending 45 of his 85 years elsewhere.

He had hoped to enter third-level education, but the dire state of the Irish economy in the early 1950s, and the resultant collapse in demand for the houses his father was building, quickly put paid to that ambition.

So, after a few short spells working in Carlow and Cork City, he took the boat to England and moved to London, like so many hundreds of thousands of other young Irish men and women in the 1950s.

While working in London, he spread his social wings, expanding them beyond the circles of fellow Irish emigrants to play a part in English society, for which he always retained respect and affection – so BBC Radio 4, The Listener and The Guardian were an integral part of our cultural foundations growing up.

He was an active member of the Ealing Parish Club and the Grotto Club. It was at the latter that he met our mother - the then Mary Lambert - a nurse from a ‘strong farming’ background in Killinick in Co Wexford.

However, he never forgot where he came from and wanted to return, hopefully, to a better place.

This desire was undoubtedly a motivation for him to co-found (and later become president of) the London branch of Tuairim – a group of idealistic, but clear-eyed, reformers who looked objectively at the inequalities and shortcomings of 1950s Ireland and sought to identify ways in which it could become, finally, the land that people had fought and died for three decades before.

One of the Tuairim projects he was involved in was a pamphlet on Irish education, which had an influence on the subsequent introduction of free secondary school education.

In his involvement with Tuairim, he contributed to the building of a more modern, more just, Ireland to replace the more insular, claustrophobic place he had sailed from.

He saw the potential of politics to effect real change in the imperfect world around him from an early stage, supporting the upstart Clann na Poblachta in the late 1940s, and becoming active in the Liberal Party while in London.

His closest and longest allegiance was as a servant of his beloved Irish Labour Party, of which he was a member from the 1960s. His most active period was during the 1970s, when he spoke at conference, contributed to policy development, and bravely stood for election to County Council in the singularly unpromising terrain of West Offaly… and was predictably unsuccessful!

Despite this at-times vigorous party-political engagement, his most effective contributions to public life were, in retrospect, probably with a range of local and national voluntary organisations.

Before he reached Kilkenny to settle here for good (in 1980) he had been an active member of both Navan Chamber of Commerce and Offaly Historical Society.

In Kilkenny, he devoted himself most passionately to the Kilkenny Archaeological Society, of which he was a member of council between 1981 and 1995 and served as treasurer from 1990 to 1992. He played a major role in helping the society secure ERDF funding for the restoration of the “third house” of the Rothe House complex.

He was also active in Kilkenny Arts Week (as it then was), being a member of its management committee between 1981 and 1989, including stints as secretary and chair of its Publicity, Programme and Finance Committee.

Starting in the late 1990s, the Group for the Study of Irish Historical Settlement was his main focus, reviving its newsletter and becoming its president in 2004 and 2006.

Being regarded as a serious student of history and painstaking researcher by his peers - particularly established academics - gave him considerable satisfaction, but he had fully earned this standing by dint of his detailed original work on the Tithe War and the Famine in Co Kilkenny.

His various contributions to archaeology on the local and national stages also led to his appointment to the Heritage Council’s Standing Committee on Archaeology in 1996 – a huge source of pride.

He was well known to many in the city as a minister of the word in St Mary’s Cathedral. However, while he never wavered in his Catholic faith and attachment to the church, I’m not sure that many seeing him as a dutiful participant in the cathedral would have known that he and our mother were once ‘read from the pulpit’ in Navan back in the late 1960s for welcoming single parents into our family, at a time when they both consorted with what could be called ‘a radical bunch’ of social reformers and rebel clerics (including Enda McDonagh, who died only a few days after our father), determined that both Ireland and the Catholic Church should be more loving in the way they treated those who fell foul of society’s then strict (or sometimes even callous) attitudes.

I wouldn’t like to give the impression that he was some hyper-serious and humourless monk, exercised solely by dedication to public life and high culture. As somebody whose roots were firmly in rural Ireland it’s no surprise that one of the happiest haunts of his life was the race track, though perhaps what he loved best of all were the cross-country point-to-points such as at Lingstown or Shillelagh – he just loved the craic, the culture, the smells, the excitement, and his anticipation of such events was like that of a wee boy – even if we’d have to admit that he was a long way from the wisest punter such courses had ever seen.

And, of course, hurling.

I count myself incredibly fortunate to have been introduced into the rites and lore of the sacred band of Kilkenny hurlers from the earliest possible age, being initiated into the worship of the gods who walked among us – as their successors still do to this day – the likes of Eddie Keher, Jim Treacy, Pat Delaney, Mick Crotty, Billy Fitzpatrick, Chunky O’Brien etc. from the age of five.

So many of my own fondest memories are of anxiously holding on to his hand as we battled our way through the dense crowds heading to or from Croke Park or Semple Stadium and the fact that Daddy, through mutual Inistioge background, knew Eddie Keher personally made him into a near-relation of these deities.

Our father leaves behind a life well-lived and a rich legacy from his participation in public life. We can only hope to honour him by carrying forward the torches he has lit within us.