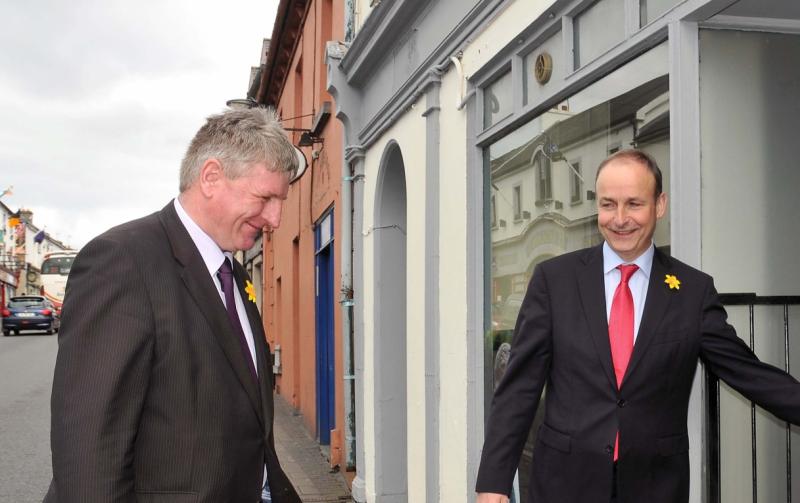 He was also a former member and chairman of Kilkenny County Council, as well as a farmer. He was popular in his native Mullinavat and was also heavily involved in his local Shamrocks GAA Club, which paid tribute to him.

"In addition to being a family man and having a public career Bobby was a also a great community man and a fantastic GAA and clubman. As a mark of respect the club grounds will be closed over the next few days. Ar dheis Dé go raibh a hanam," they posted.

1/2 Our Club Chairman Bobby Aylward passed away this evening. Our thoughts are with Helena, Bob, Mark, Triona and all their families, and to all Bobby's Family & friends. pic.twitter.com/kWyWkVPbQD

Taoiseach Micheal Martin was among the first to pay tribute, saying he had continued the strong Aylward tradition of hard work, delivery and representation for his constituents and gave a tremendous amount to the people of Carlow-Kilkenny over the years.

“I am deeply saddened to learn of the death of my very good friend Bobby Aylward. Bobby was a deeply committed public representative," said the Taoiseach.

"He was a proud Mullinavat man, rooted in his community, and personified the legendary spirit of his club, Ballyhale Shamrocks. This great sense of place gave Bobby a wonderful authenticity and made him the man he was.

"On the council, and later as a national politician in Dáil Eireann, Bobby displayed an unending commitment to, and passion for, his constituents.

"He was tireless in his efforts to improve their lives and was continually advocating for them. Bobby continued the strong Aylward tradition of hard work, delivery and representation for his constituents and gave a tremendous amount to the people of Carlow Kilkenny over the years.

"He had a special bond with his constituents, tirelessly representing and campaigning for them.

“I warmly remember campaigning with Bobby during the 2015 byelection campaign. I particularly remember his infectious energy and enthusiasm, and the warmth in which he was held by the people of Carlow Kilkenny and his tireless campaigning for them during the campaign, and thereafter.

"I got to know Bobby particularly well during those busy weeks and saw a man who displayed the best attributes that a public representative should possess: passion, sincerity, empathy, a commitment to his people and his place, a man of great honesty and integrity along with being a tireless campaigner and champion on behalf of his people and his place.

"Bobby loved his people and they clearly loved him. He loved his county, his country and his Party and left his mark on each. Bobby was passionate about agriculture and community and rural development.

“Bobby was a proud and valued member of Fianna Fáil and our party was stronger for having him as one of our representatives. He was a wonderful campaigner and organiser. I remember his energetic contributions at parliamentary party meetings."

Mr Ayward is survived by his wife Helena, his children Bob, Mark and Triona, his brothers Liam, Eddie, Pat, Maurice, Seán, sisters Claire, Margaret and Kathleen, his grandchildren and extended family, friends and community in South Kilkenny and beyond.