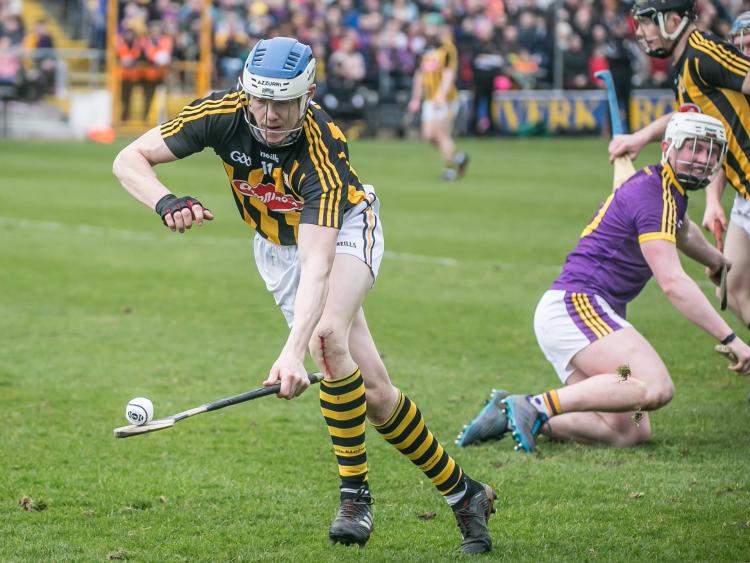 Expect the heat to be turned up from this weekend in the Allianz National Hurling League because as each week passes the business end of the season draws closer.
The start of the Leinster round robin series is not too far away now.
Kilkenny open against Dublin in Parnell Park on Sunday, May 10 so making the best use of the time between now and then is vital.
The League quarter-final against neighbours, Waterford in UPMC Nowlan Park on Sunday (2pm) marks the arrival of the first knock-out hurling of the season.
The provincial round robin series is not knock-out per say, but it is more or less regarded as such because mistakes or defeats in the championship can come at a huge cost.
Kilkenny and Waterford have made no secret of the fact that they want to be involved in the semi-finals of the League, at least.
That attitude is bound to add a bit of an edge to the hurling on Sunday, which is exactly what both management teams want at this time.
From day one Kilkenny manager, Brian Cody, made it clear that his preferred choice was a place in the last four.
“We have a quarter-final now and we have to see we get another win and try and progress,” was the straight up message from new Waterford manager, Liam Cahill, following the weekend defeat against flying Limerick, the All-Ireland champions of 2018.
“We have to try and progress and get another competitive game into us by getting into the semi-finals,” he added.
Those were the words of a man who has already tried over 30 players during the League.
Waterford have had injury problems, and Kieran Bennett and Darragh Fives are likely to sit out the weekend action, but hopes are high that Jake Dillon and Shane Fives will be fit for the game.
In all, Kilkenny have given 42 players game time since the start of the season.
They have started the sorting process within the panel, and all indications are that James Maher (St Lachtain’s), Evan Shefflin (Shamrocks), David Blanchfield (Bennettsbridge), Aidan Nolan (Dicksboro), Shane Walsh (Tullaroan) and Paul Holden (Young Irelands) have been released from the squad.
Cody and selectors, James McGarry, DJ Carey and Martin Comerford would have expected to make the cut in the Division 1B group after dealing with disappointing Dublin with somewhat more ease than expected in the first round.
It ended up that unbeaten Clare headed the division, but as Kilkenny were without a lot of top line players it was progress to make the quarter-finals.
Return
Expect the return of some, if not all those players either on Sunday, or the day after if there is to be a semi-final beyond.
We are talking about TJ Reid, Joey Holden and 2020 captain, Colin Fennelly from Shamrocks Ballyhale.
The selectors have been careful with the introduction of players involved in All-Ireland club finals. They drip fed the return of players after giving them a break......Martin Keoghan (Tullaroan), Darren Mullen, Padraig Walsh, Eoin Cody and so on.
The natural follow up from now on would be to put some sort of definite shape on the team.
It was never Cody’s way to give players a chance and then cut them loose when the so called first teamers became available again.
Players like Ciaran Wallace and Conor Delaney, who have done well to date, can feel secure, for the moment at least. They have earned their keep, and they will keep the jersey.
Billy Ryan and Alan Murphy should feel confident enough too of making the cut. Young Eoin Cody make a huge impression against Laois when he was bold enough to take on the free taking duties during the second half, but his progress shouldn’t be rushed.
Kilkenny are in a decent place.
The panel is shaping up well, and from that the selectors can build something strong because they appear to have options, decent options for various positions.