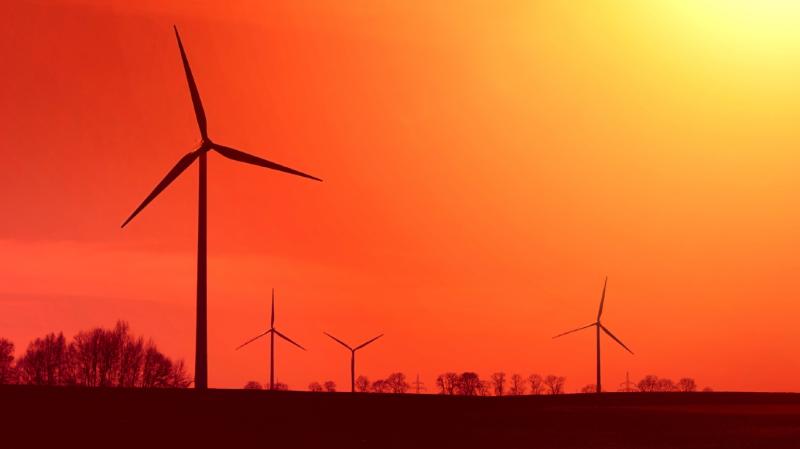 Last-ditch efforts to prevent large wind turbines from being designated as ‘acceptable in principle’ in certain areas of Kilkenny City’s rural hinterland and surrounding countryside have failed.

A new county development plan that will govern development decisions across the county for the next six years, including a controversial wind energy strategy, was voted in by the majority of elected members at a special sitting of Kilkenny County Council last Friday, despite fervent opposition to the wind energy strategy within it.

Areas of Castlewarren and Johnswell, from as few as five kilometres east of the city, had been designated as ‘open for consideration’ to wind turbines in the previous plan, much less enticing for potential developers.

The issue has been a major concern for local residents in recent months, with many claiming to have been unaware of the proposed plan at the time it went to public consultation. As a result, they were too late to make formal submissions.

Councillors at Friday’s meeting asked council officials if alterations to the proposed county development plan could be made to incorporate the concerns of the Castlewarren and Johnswell community into proceedings.

They were told that the process had advanced beyond the stage where alterations could be considered and that to do so would breach procedural duty.

Councillors were also told that if they voted to reject the county development plan in its entirety on Friday then, due to submission deadlines, the draft plan plus any previous approved amendments would automatically become the plan, and be submitted anyway.

Kilkenny County Council planners assured elected members prior to the main vote that they will be able to review certain aspects of the county development plan if adopted, including the wind energy strategy.

As a result, the final voting process was influenced by an array of legal and procedural caveats that put the fate of the entire county development plan on the line.

Councillor Denis Hynes asked an open question to council officials with all this in mind: “So despite all the opposition here to the idea of wind turbines going up in Castlewarren and Johnswell, we have no means to prevent it?”

Senior planner Denis Malone responded to Hynes, stating that “there's no silver bullet that we can put into the plan to ensure this doesn't happen.”

Members of ‘Save Our Hills’, a community group composed of residents living in the affected area, were also present at the meeting but could not directly intervene in any official proceedings.

“It was clear that there was cross-party opposition to the prospect of these huge large-scale wind turbines being considered for Castlewarren, Johnswell and the across the surrounding countryside,” he said.

“From a procedural perspective it was evident that councillors were caught between a rock and a hard place. As a group, we will now be calling on them to continue that same strength of opposition and bring the wind strategy element of the plan back to the table as quickly as possible.”

Keogh insists that Save Our Hills is not opposed to renewable energy projects but that the local valleys of the eastern environs, in close proximity to the city, is definitely not the right place for them.

“The fact that future proposed amendments to the county development plan from our local councillors can still be overruled is worrying,” Keogh told the Kilkenny People.

“We now need our local TDs to stand up for the people on the ground and accurately represent all the nuances of the issue from a local perspective on a national platform.”

Many new turbines are 160m-180m tall and if companies opt to construct large-scale wind farms in the area they may be entitled to bypass the local authority planning phase and go straight to An Bord Pleanála.

The search is on for Kilkenny Late Late Toy Show performers